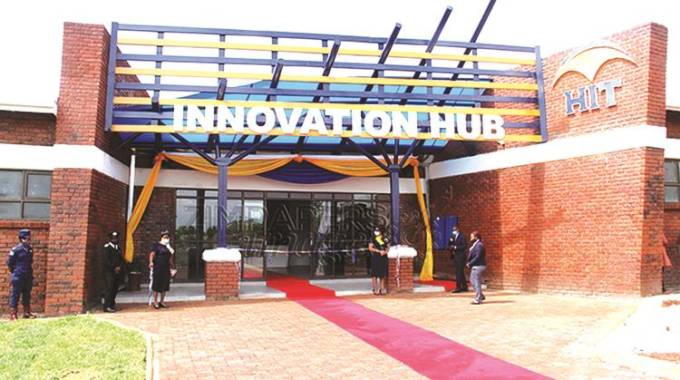 PRESIDENT Mnangagwa recently signed into law the Manpower Planning and Development Amendment Act, which turned Education 5.0 from policy to a legal requirement.

Since 2017, when Professor Amon Murwira was appointed Minister of Higher and Tertiary Education, Innovation, Science and Technology Development, he has continued to reiterate that “we need to convert knowledge into goods and services”.

The core of this philosophy, on which the country’s re-industrialisation strategy rests, is that State universities, polytechnics and vocational training centres must not exist for the sake of existing.

Instead, the Government argues they should add value to the communities in which they exist through research and producing innovations for the local market.

For four years, Education 5.0 was a clarion call to intellectuals, academics and institutions to deliberately contribute to the vision of an upper middle-income economy.

Although the Government was already availing funds, there was no legal framework guaranteeing resources for the requisite infrastructure needed for research.

And the new amendments do exactly that.

Under a new Section 16A, innovation hubs are now compulsory for every institution of higher learning under the State’s purview.

Since the opening of the first innovation hubs in 2019, the idea has largely been confined to universities, but the new law gives scope for expansion to other levels of tertiary education.

This will be done through the Innovation and Industrialisation Fund, through which projects at various institutions will be incubated and commercialised.

“Each university, research institution, teacher’s college or technical or vocational institution may employ the Fund for any of the following purposes — (a) to support the development of start-up commercial enterprises and, or technological solutions within its purview;

(b) to promote synergies or partnerships in engineering, technology and innovation between the particular university, research institution, teacher’s college or technical or vocational institution and industry and the community,” reads part of the new law.

Institutions will be given funds by Treasury.

They also have been given the green-light to collaborate among themselves and pool funds, or to engage in public-private partnerships (PPP) to raise the resources needed to fund innovation.

The Government expects more patents to be registered.

The Zimbabwe Manpower Development Fund (Zimdef) has for long been abused by politicians who saw it as a piggy-bank or cookie jar because it did not have strict parameters within which it was expected to operate.

Industry, which contributes money to the pool of funds, naturally lost confidence.

But, 47 of the Act now ring-fences the Fund.

“The object for which the Fund is — (a) to develop skilled manpower and professions; and (b) to support and promote the creation of — (i) new knowledge;(ii) research;(iii) innovation;(iv) science;(v) technological and engineering solutions; and (vi) business enterprises.”

It now means it is less likely for funds to be directed towards buying bicycles in Tsholotsho for political expediency.

“When we arrived, the organisation had given its deeds to CBZ as surety because their money was finished and it was borrowing to pay salaries.

“I am proud to say that it is now self-sustaining and this law will help strengthen the corporate governance systems even further,” Professor Murwira told The Sunday Mail in a recent interview.

The Ministry of Higher and Tertiary Education, Innovation, Science and Technology Development is believes that with more freedom, polytechnics may express themselves more and add value to the country’s industrial aspirations.

Therefore, the new law, in Part VII of the amended Act, establishes the Tertiary Education Council to manage polytechnics, weaning them off from the ministry.

This means lecturers at polytechnics will be transferred from the Public Service Commission to the Tertiary Education Service, reducing pressure on the civil service wage bill.

Establishment of Academies of Science

When the STEM (Science, Technology, Engineering and Maths) programme which was mooted by the previous administration was reorganised, there was an outcry.

Many thought that it was now being accorded low priority.

But, Section 6 of the Act was amended to make it mandatory to “(e) establish academies of sciences”.

These academies will be highly specialised institutions where scientific talent will be identified from a tender age and nurtured.

Running on a devolved system, they will be in all provinces, ensuring that no talent falls through the cracks.

These will be high-performance centres, taking a hybrid format of schools of conventional learning and spaces for scientific research, more in the mould of the Massachusetts Institute of Technology.

In a recent interview, Professor Murwira emphasised the importance of incentives to ensure that institutions have capacity to produce high-quality research.

The amended law, in Section 14, makes provision for the Government to provide loans to institutions for capital projects, especially those aligned to industrialisation and innovation. The Government has set aside a percentage of the said grants to individuals and research institutes, even those that do not identify as State organisations. Academics have been agonising over lack of research funding.

The latest intervention is likely to improve the quality of research.

Institutions will also be driven to produce as they would have more avenues for resources.

Science, technology and innovation are envisaged to play a pivotal role in the country’s quest to modernise and industrialise.

The Government has been encouraging heritage-based innovation, which is the production of goods and services using resources that give the country a comparative advantage.

In the past few years, institutions of higher learning were merely bystanders, but amendments to the Manpower Planning and Development Amendment Act have changed all that.

Newer Post
Jobs are plenty in ICT sector: Minister
Older Post
‘We have learnt a lot of lessons’