Rejoining the Commonwealth: Where we are and where we hope to be

Source: Rejoining the Commonwealth: Where we are and where we hope to be | Herald (Opinion) 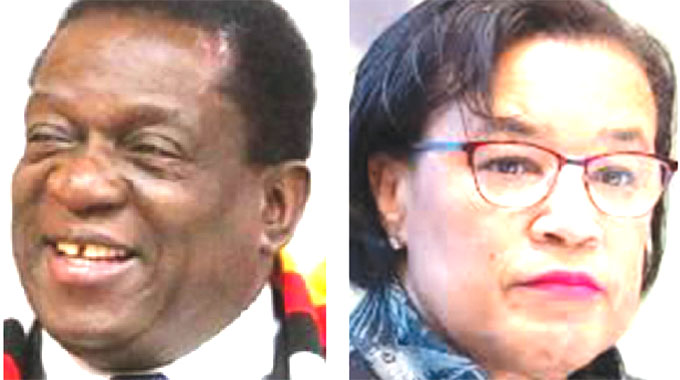 Sibusiso Moyo Special Correspondent
In recent weeks, Zimbabwe has taken a crucial step forward towards rejoining the Commonwealth, the 53-country group of nations we exited in 2003.

After meeting Zimbabwean President Emmerson Mnangagwa on the sidelines of the United Nations General Assembly in New York, Commonwealth Secretary-General Patricia Scotland stated, “there are a number of areas where Zimbabwe has made real reforms” — and that the process of rejoining “is being accelerated as quickly as possible”.

This is worlds away from two years ago, when I played my part in persuading the late President Mugabe to relinquish office after 37 years in power — and much has now changed.

“Important gains were made” in the historic 2018 general election: the highest turnout contest in Zimbabwean history, with a “markedly improved pre-election environment, where all parties were generally able to campaign freely” — according to the Commonwealth Election Observer Group which included Australian Gary Dunn, the organisation’s former deputy secretary-general.

Major reforms that repeal and replace laws infringing on personal and economic freedoms are underway, leading a rise in global rankings for freedom of expression — and place Zimbabwe amongst the top 20 improver nations in the World Bank’s Doing Business 2020 index.

Yet, after two decades of isolation, blanket change is required.

Our reform agenda has only just started, and therefore is today, partial — and we do not pretend otherwise.

Currently, we are undertaking all these reforms — all the painful processes that are needed and necessary — without any form of external assistance.

But, ultimately, we cannot go it alone — and that’s why Zimbabwe now looks to Australia for support to expedite our re-admission to the Commonwealth.

Put simply, our speed and capacity to complete reforms after Mugabe-era isolationism can be accelerated by our Commonwealth return.

Similarly, the bilateral partnership between Australia and Zimbabwe and opportunities for Australian businesses only benefit from the inclusion of both nations within the Commonwealth family.

Despite calls by the Commonwealth Observer Group immediately before the history 2018 vote for the losing side to “look at the larger picture of a successful election” the day after the contest was marred, tragically, by post-election violence.

Without international institutional support or funding, the Government swiftly established a fully independent, internationally-led inquiry — the Motlanthe Commission, with its international commissioners (including a former president of South Africa, a British human rights barrister, a former Commonwealth Secretary-General), all hailing from Commonwealth  nations.

Zimbabwe has rapidly begun the task of implementing the Commission’s key recommendations — that include reforming legislation on law and order, freedom and liberalisation of the media and electoral reform — and we can expect prosecutions of those responsible to begin next year, after the police and prosecution services have completed their post-inquiry investigations.

This process — backed by development assistance in support of the rule of law, good governance, media development, electoral reform and technical cooperation for which the Commonwealth is exceptional (all programmes for which Australia is a key driver) — could only strengthen our own efforts for reconciliation and justice.

The Government’s economic changes are making Zimbabwe once more open for business — and the potential for economic collaboration is enormous in the areas of mining, energy and agriculture where Australia is acknowledged as world leader.

To foster a new, liberal business environment, the Government has repealed and replaced Mugabe-era laws that restricted majority foreign ownership in these sectors.

Specifically, the Government has implemented ground-breaking reforms to land tenure laws — and is dispersing compensation to former white farmers removed from farm land dating back to the late nineties and early 2000s — events which led first to Zimbabwe’s suspension from the Commonwealth in 2002 after decision of a “troika” of Commonwealth leaders — including then prime minister John Howard, and later Zimbabwe’s unilateral withdrawal.

Under new laws, farmers are provided with tradable 99-year leaseholds; agriculture sector majority ownership and farm land leases are fully available to both overseas nationals and international businesses — including, of course, from Australia.

In 2004, only months after Zimbabwe’s withdrawal, John Howard said: “The Commonwealth continues to be an important force for good, extending assistance to its members in time of need and giving hope to those who struggle for freedom and democracy,” adding: “We hope one day soon to see a return to democracy in Zimbabwe and for that nation, once again, to be a respected member of the Commonwealth.”

We believe that day has come. And we ask for Australia’s support. — Spectator Australia

Sibusiso Moyo is Minister of Foreign Affairs and International Trade for the Republic of Zimbabwe.