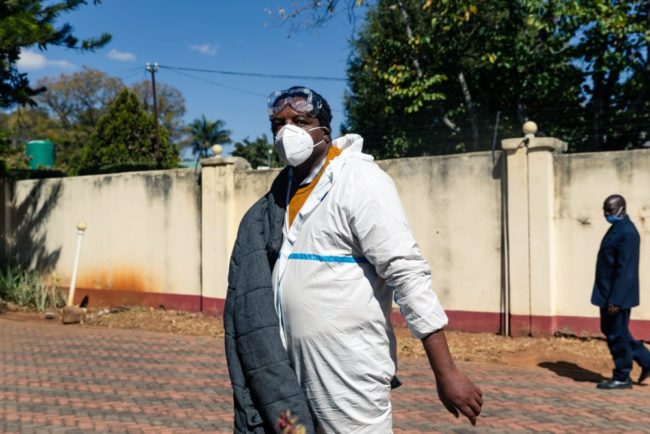 In a statement yesterday, it said Mnangagwa should also drop the “malicious” charges against them.

The rights organisation described the latest arrests of Chin’ono, Sikhala and Mahere as part of a growing crackdown on opposition leaders, human rights defenders, activists, journalists and other critical voices in Zimbabwe.

Other international organisations that have condemned the arrests include the International Commission of Jurists, the European Union, the Danish embassy, and the Committee for the Protection of Journalists.

Media mogul and Alpha Media Holdings chairperson Trevor Ncube last week also expressed concern over the arrests of Chin’ono, Mahere and Sikhala, describing their incarceration as an attack on freedom of expression by the State.

“The latest arrests of Chin’ono, Sikhala and Mahere are part of a growing crackdown on opposition leaders, human rights defenders, activists, journalists and other critical voices. It is consistent with the constant harassment and intimidation that we have seen against anyone who demands respect for human rights, transparency, and accountability in Zimbabwe in the recent past,” Mwananyanda said.

He said the government should stop using COVID-19 regulations as a pretext for human rights violations and abuses.

“The government must stop treating dissenters as enemies of the State and allow human rights, including the right to freedom of expression to thrive,” he said.
Sikhala was denied bail by Harare magistrate Ngoni Nduna on Friday after he ruled that the lawmaker had boasted that he was arrested 65 times, hence it was a demonstration that he had a tendency of repetitively committing crimes.

His case was remanded to February 19, 2021 for routine remand.

Mahere also spent the weekend in custody as the court is expected to make a ruling on her bail application today.

Chin’ono was on Thursday denied bail following his arrest on charges of communicating falsehoods.

The trio is being charged under section 31(a)(iii) of the Criminal Law (Codification and Reform) Act, which they argue is a law that was struck off.