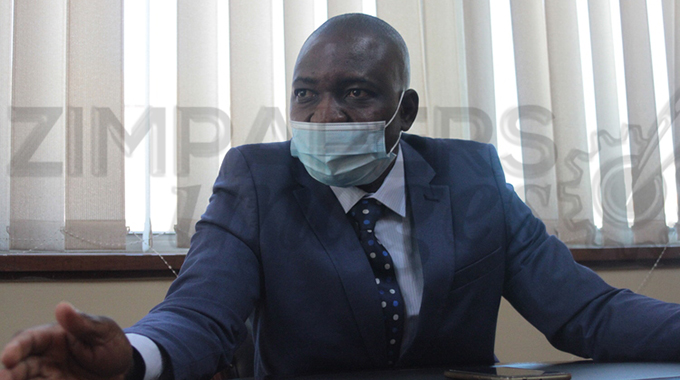 Kuda Bwititi
The construction of two units that will add 600 megawatts (MW) to the national grid from Hwange Power Station is 70 percent complete, while various investors in the same area are at different stages of building power plants that will contribute in excess of 3 000MW in the medium term, Energy and Power Development Minister Zhemu Soda has said.

In his maiden in-depth interview since his appointment on August 14, Minister Soda told The Sunday Mail that the country had made remarkable progress in achieving the targeted 5 000MW within the next three years.

“By 2023, Zimbabwe should be a net exporter of power. I have identified various aspects that can lead to such growth. I have a keen interest in the participation of the private sector in power supply.

“Hwange is a good example because we have a number of projects that are taking place there. For instance, last week I toured the ZZEE plant in Hwange, which is 70 percent complete. It will be commissioned early next year and they have plans to produce 50MW in the first phase and 270MW by the second phase. This is just one example, but there are many similar projects where they are integrating coal production with generating electricity.”

The targeted 5 000MW are actually more than the power that is being generated by Nigeria — Africa’s biggest economy and also most populous nation — whose output presently stands at more than 4 000MW.

The country intends to generate a lot of electricity to power ongoing efforts to achieve an upper middle-income economy by 2030.

Not only will the new generation capacity supply local industry, but it will allow for both import substitution and exports.

Projects that are integrating coal production and energy generation are a key part of the grand plan.

Jinan will also be putting up a plant of the same capacity.

However, the Chinese company’s operations would further supply gas that is needed by Zimbabwe Power Company — a subsidiary of ZESA — to power its thermal power stations.

Currently, ZPC is using diesel, which is considered to be expensive.

Dinson Colliery, which is a coal mining unit of Tsingshan (the biggest steel producer in the world), intends to build a 600MW plant in two phases. It will also supply coal to the steel plant that will be established by its parent in Zimbabwe next year.

Overall, power generated from the hydrocarbon and coal activities presently underway will cumulatively inject more than 3 000MW to the grid.

Additional contributions are expected from renewable energy projects such as solar, some of which are already underway.

Minister Soda said the foreign currency auction system that was introduced by the Reserve Bank of Zimbabwe on June 23 had, to a large extent, restored sanity in the fuel sector.

“We are almost at stability now. The black market is a result of arbitrage opportunities that were emerged because of the previous pricing system.

‘‘The RBZ’s auction system has brought wonderful results for the fuel industry and I am confident that with the current policies, the black market will remain constrained and things will continue to run smoothly in the fuel sector.