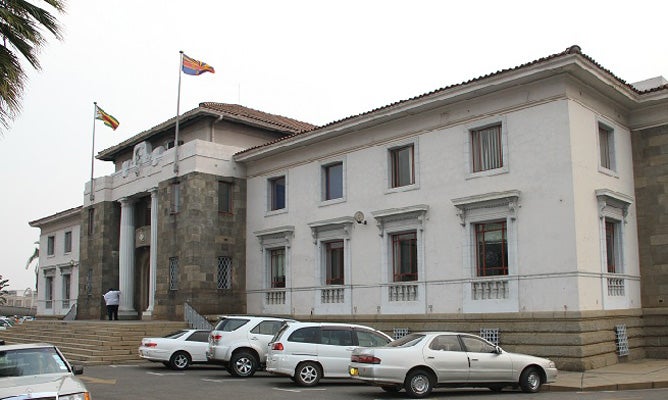 MDC councillor for Mabelreign, Denford Ngadziore says the Harare City Council should remove the dedicated water supply line to State House as the residence has back up systems to keep supplies compared to other areas.

Contributing to debate on the water situation in the capital city, Ngadziore said the State House had a dedicated water supply line when it has boreholes and other means to get water, while other residents were going for days and weeks without a drop.

“Your Worship, we have areas such as Sentosa that have no water and we hear the acting director saying he wants to ensure that every household gets water at least once a week,” he said.

“This will not happen and is not happening at all. We have areas such as State House; they have a dedicated water supply, why when we have no water in areas where the disadvantaged reside? We should divert that water to areas in need and not to areas where they have boreholes and other means.”

Harare has been battling to provide water to its four million customers in greater Harare due to low capacity, lack of water treatment chemicals and low supply of raw water.

In his response, acting Harare water director Phakamile Mabhena Moyo said it was impossible to disconnect State House from the dedicated water supply line because the system was integrated.

“That we cannot do, we are going to ensure that we have water at least to every household once a week,” Mabhena Moyo said.

The council has resolved to drill more boreholes in residential areas as a way of solving the crisis which has the potential to cause an outbreak of water borne diseases.

Meanwhile, Harare has been forced to decommission Prince Edward Waterworks because it can no longer draw water from Seke and Harava dams which usually contribute 70 mega litres of water a day of which 30 mega litres were dedicated to Chitungwiza and the remaining 40 mega litres supplying Mbare, Sunningdale and surrounding areas.