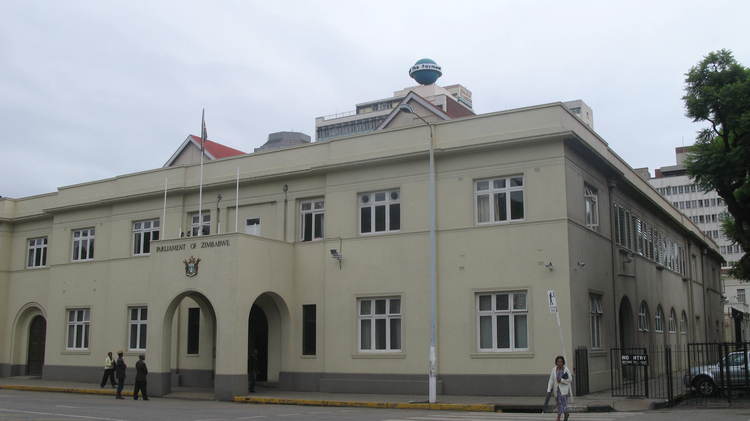 The furore over the name to be adopted by personnel who teach sexual reproductive issues in schools, as envisaged by Clause 14 of the Education Amendment Bill, has split Parliament, with Senate expressing strong reservations on naming them “sexual and reproductive health personnel”.

Senators argue that the use of the word “sexual” has negative connotations to local culture and could erode the country’s morale fabric.

It has recommended the amendment of the clause by scrapping the words “sexual and”.

However, the National Assembly has rejected the amendment, which has bogged down passage of the Bill.

Speaker of the National Assembly, Advocate Jacob Mudenda, said a 90-day waiting period will be observed after which the Bill will be presented to President Emmerson Mnangagwa.

“The Bill was debated in Senate and amendments were made, and it was referred back to the National Assembly, which rejected the amendments.

“In such instances, we wait for 90 days then take it for Presidential assent in its original form,” he said.

Justice, Legal and Parliamentary Affairs Permanent Secretary, Ms Virginia Mabhiza, said the Bill may eventually be presented to the President in its original form.

“The Constitution has provisions to deal with that. In terms of the Constitution’s Fifth Schedule, Section 6(1), the Bill will be presented to the President in the form in which it was passed by the National Assembly.

“It is now up to Parliament to make the paperwork ready so that the process can move forward,” she said.

Clause 14 of the Education Bill provides for the appointment of sexual reproductive health personnel in schools to sensitise pupils on the consequences of adolescent sexual relationships such as teen pregnancy, illegal abortions-related deaths, sexually transmitted infections and HIV, including psycho-social trauma.

The contested clause mandates the inclusion of comprehensive sexuality education in primary and secondary schools’ curricula.

This refers to curriculum-based education that approaches sexuality and relationships with information that is age-appropriate, scientifically accurate, culturally relevant as well as non-judgemental.

During Senate debates on the Education Amendment Bill, there were concerns that using the term “sexual” gives the impression that the focus of health education in schools will be on sex.

Chairperson of Parliament Portfolio Committee on Primary and Secondary Education Mrs Priscilla Misihairabwi-Mushonga said MPs feel that sexual health education has to be included in the Bill.

“The Bill provides that there should be appointed teachers or personnel responsible for teaching sexual and reproductive health rights, and we feel very strongly about this because not only have there been issues of sexual abuse in schools, but we are also having situations where these young kids are having sex and getting pregnant,” she said.

“We believe there should be somebody who speaks to them. After all, its part of things we have agreed to in numerous treaties — that we will deal with the issue of sexual health rights in schools. When it went to Senate, some of the people, especially traditional leaders, felt that the word sex should not find its way in the Bill, it should be removed.

“National Assembly believes sexual health rights are crucial and they rejected the amendment.”

“The 90 days are to see if the two houses can come to an understanding. A committee can be set up to try and resolve those disagreements.

“When all processes to reach an agreement between the two houses have failed, the National Assembly is allowed to send the Bill for Presidential assent, but is obliged to note that there have been disagreements. After that, the President can either sign it into law or refuse to sign it and send it back to the National Assembly citing reasons,” he said.

The study indicated that 40 and 30 percent of girls and boys, respectively, have had sexual intercourse before the age of 18.

However, HIV prevalence between the ages of 15 to 19 was gauged at 3,7 percent and 4,6 percent for boys and girls.

The Education Amendment Bill, which seeks to replace the Education Act (Chapter 25:04) of 2006, also includes a provision that will see the mandatory teaching of all Zimbabwe’s official languages in all schools countrywide.

It also proposes abolition of corporal punishment as well as provision of free basic education by Government.

Parliament’s two houses have disagreed before on proposed Bills.

In 2017, when the Land Commission Bill was before Parliament, Senate demanded the amendment of a clause that declared Government the sole body responsible for land acquisition.

Traditional chiefs, many of whom sit in the Senate, wanted authority over agricultural land.

The legislation was passed into law the same year without the amendments that were proposed by the Senate.