Respect for property has no substitute

Source: Respect for property has no substitute | Daily News 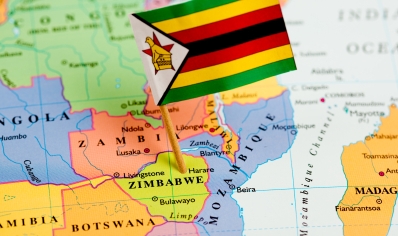 IN THE past week, there have been issues involving Gaika, a mining concern in the Midlands Province.

The crux of the matter primarily involved the takeover of the mine by marauding machete-wielding artisanal miners who have been terrorising the province’s mining areas and are believed to have the blessings of a minister who hails from the province.

The revival of the country’s economy has all along been linked to the absence of some key fundamental aspects like property rights and the rule of law in Zimbabwe.

Discussions on turning around the economy and attracting the much-needed foreign direct investment have also pointed at respect for property rights as a crucial aspect that the government of Zimbabwe has not taken seriously over the years.

The starting point was the chaotic land reform programme at the turn of the millennium. After the seizure of farms by war veterans and other villagers, government ratified this by putting in place legislation allowing forcible acquisition of land.
It is only now that President Emmerson Mnangagwa’s government is talking about paying compensation to the white former commercial farmers.

However, this is not consistent with what is happening on the ground where fresh invasions of farms and other properties like Gaika Mine are taking place.

It appears the left hand does not know what the right hand is doing in as far as property rights are concerned.
As reported in yesterday’s edition of the Daily News, such developments reflect badly on the country and its re-engagement efforts with the west risks going up in smoke.

No-one would want to invest in an environment where their property risks being taken away let alone where security of investment cannot be guaranteed. What is worrying in the latest case involving Gaika Mine is the blatant disregard of court orders.

If the law cannot protect those who need its protection, then who will? It shows there are some people who, because of their proximity to power, can do what they please.
We thought we had seen the back of this with the fall of Robert Mugabe but it seems this is still a part of us and may haunt us for some time to come.

The tragedy, however, is that it will cost the nation as a whole since there clearly is no policy cohesion and consistency within government circles.

Mnangagwa must put his house in order — by reining-in his lieutenants — otherwise all his efforts at re-engagement will come to nought.