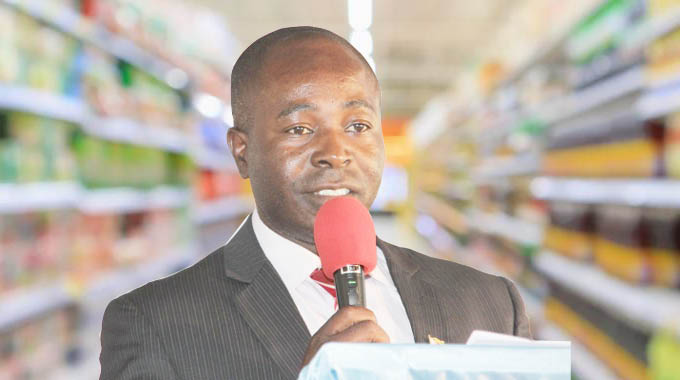 RETAILERS are probably feeling the pinch of wantonly overpricing goods as consumers flock to buy their products on the informal sector while others are relying on relatives from neighbouring countries as preparations for the Christmas holiday gather momentum.

Retail outlets, both grocery and clothing shops normally record brisk business towards and during the festive seasons, as hordes of consumers jostle to buy foodstuffs, beverages and clothes.

However, a snap survey carried out by the Sunday News in Bulawayo yesterday revealed that the hype and full trolleys at till points at most of supermarkets, which is synonymous with preparations for the festive season was missing with four days to go to Christmas.

Of course, much of it has to do with the low disposable income among a majority of the populace due to the economic challenges being faced by the country but the unwarranted price increases of commodities since the beginning of the year is one of the chief reasons consumers are deserting shops.

Confederation of Retailers Zimbabwe (CRZ) president Denford Mutashu confirmed that the country’s retail sector was reeling from unexpectedly large losses due to the influx of relatively cheap goods on the informal sector.

He said the continuous sprouting of informal traders has significantly impacted negatively on registered retail outlets’ sales and profitability over the past few years.

“Formal traders are currently in a difficult situation as they have to contend with informal traders who are selling commodities found in shops at very low prices and this practice has seen anyone wishing or thinking of being an informal trader just ‘waking up’ to become one,” he said.

A survey in the streets of Bulawayo revealed that most of the foodstuffs, which are mostly consumed during the festive period are priced almost half to the ones being sold in shops. A 2kg packet of rice is going for $25 on the streets while shops are selling the same product at around $40, a 750 grammes bottle of mayonnaise is $35 on the street and priced over $40 in shops and street vendors sell 5kgs of macaroni at $40 while it costs over $80 at supermarkets.

The number of vendors selling various goods ranging from clothes, electrical appliances and foodstuffs on pavements in the Central Business Districts in major towns and cities has been on the rise over the past few years largely due to the economic challenges.

Some of the informal traders are so daring to the extent that they sell the same products as those being sold at shops that they would be operating in front of, although at lesser prices.

Mr Mutashu said most of the goods sold by informal traders are smuggled into the country.

“Most whiskeys are being smuggled into the country from neighbouring countries and you find them being displayed on top of cars on the streets with the person selling them not having a liquor licence and this to a certain extent is more of promoting high levels of lawlessness,” he said.

Mr Mutashu said most shops notably grocery stores had significantly dropped their profit margins due to the unfair competition being exerted by informal traders but still struggle to break even.

A number of chain retail outlets have been forced to close some of their branches in various parts of the country due to dwindling sales volumes most of which have been attributed to a blossoming informal economy.

An informal economy is the part of any economy that is neither taxed nor monitored by any form of government. Although the informal sector makes up a significant portion of the economies in developing countries, it is sometimes stigmatised as troublesome and unmanageable.

Spar Zimbabwe managing director Mr Terence Yeatman concurred with Mr Mutashu’s sentiments further stating that most consumers were now preferring to buy from the informal sector which tends to charge cheaper than registered shops especially when the transaction is made in cash.

“Activities by informal vendors definitely have a negative effect on our sales because people that purchase using cash tend to get goods at discounted prices, which is an attractive deal for them,” he said.

Retailers are anticipating a dampened festive season due to a flourishing informal sector coupled with the Government’s decision to remove import duty on maize and wheat, among other basic commodities, as it seeks to ensure affordability of essential foodstuffs and to mitigate the effects of the drought experienced last season.

“Customer turnout this year is a bit quitter than the previous years but we are trying hard to keep up the Christmas spirit in our stores and within the community,” Mr Yeatman.

Clothing retail chain Edgars Stores has over the past years bemoaned the rapid increase in unregulated commerce in the country as hurting its operations since it was being made to compete with businesses that do not pay tax.

Bulawayo Vendors and Traders Association executive director Mr Michael Mdladla Ndiweni said there was nothing sinister about informal traders’ activities as they were only correcting an economic ill being perpetrated by the formal sector.

“There is nothing new about vendors selling on the streets. They are just bringing commodities from outside the country and selling them at reasonable prices, which is affordable to the people and up until retailers reduce their prices that is when they will see customers coming to their shops. Retailers must charge prices that are affordable to the general public. Consumers will always opt for cheaper prices compared to the exorbitant prices being charged by retailers. It was only going to be a problem when vendors were buying from retailers to sell at a lower price,” he said.