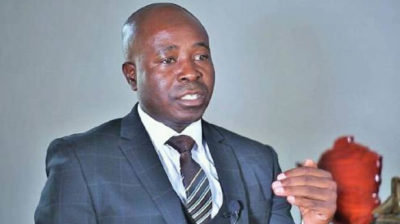 THE Confederation of Zimbabwe Retailers (CZR) has challenged the promulgation of Statutory Instrument (SI) 89 of 2021, which among others restricts importation of second-hand cars that are more than 10 years old, saying it would make Zimbabwe uncompetitive in the African Continental Free Trade Area (ACFTA).

SI 89 of 2021 which was recently gazetted, states that the importation of vehicles over 10 years old need an import licence, while exempting commercial vehicles such as tractors, haulage trucks, earth-moving equipment and other specialised vehicles used in mining and construction.

ACFTA allows for free movement of goods across Africa.

The SI also restricted the importation of sugar and cement in a bid to protect the local industry.

But CZR yesterday said the move could only have been noble if local industries had the capacity to manufacture at affordable prices.

In a statement, CZR president Denford Mutashu said most local players had enjoyed protection for years, but their products remained expensive compared to imports.

He said local car assemblers had been failing to assemble vehicles for low-income earners in the country, adding that Zimbabwe would struggle to compete under ACFTA.

“As Confederation of Zimbabwe Retailers (CZR), we do not believe in protectionist measures that create monopolies and inefficiencies. We have travelled that road before and local companies disappointed despite getting the protection,” Mutashu said.

“We see the decree making life difficult for the hard-pressed citizens with low disposable incomes. It also removes consumer choice, which is critical when one wants to buy a product.”

On local cement manufacturers, he said their products were expensive at US$8 for a 50kg bag, compared to US$5 for imported cement.

CZR said government’s role was to provide a conducive environment for business to operate. It said local industries should review its cost structure such as hefty perks for executives.

“Local assemblers have to partner with banks so that there is financing on the purchasing of vehicles. Government has to be firm on the cost of utilities such as electricity and water for business to thrive,” CZR said.

“In the absence of the above measures, the ban will be another exercise in futility. It should be reversed as it is anti-competition.”