ZIMBABWEANS, who returned home on Monday from the United Kingdom and reportedly refused to be quarantined at Belvedere Teachers’ College in Harare, preferring hotel accommodation have opened up, accusing government of dishonesty and exposing the deplorable state of affairs at the isolation centre. 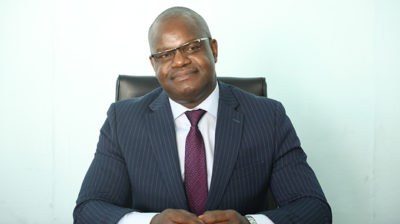 Zimbabwe received at least 65 returnees from one of the COVID-19 hotspots in Europe, UK on Monday who came aboard an Ethiopian airline.

The Information ministry said in line with the new measures aimed at curbing the spread of the deadly virus, the returnees were sent to Belvedere Technical Teachers College for quarantine.

According to guidelines by the World Health Organisation (WHO), people coming from another country should be quarantined for 14 days before uniting with their families.

But the Information secretary Ndavaningi Mangwana claimed the UK returnees refused to be quarantined at Belvedere Technical Teachers College, preferring flashy accommodation, which government could not afford.

This triggered social media frenzy, with people castigating them for demanding VIP treatment in the midst of a crisis. Others went as far to propose that they be quarantined at army barracks for more than a month as punishment.

But the returnees yesterday fumed, disclosing the deplorable state of affairs at the isolation centres, with no running water, being forced to share toilets and bathrooms, against WHO guidelines, exposing them to the risk of contracting the virus.

In separate interviews yesterday, some of the returnees accused Mangwana of lying that they refused to be accommodated at the college.

“There is no water, they (government) tried to fix the problem last night, but did not effectively succeed. Water was restored at tapes outside the hostels, but there is no water in the toilets and bathroom,” one of the returnees said, refusing to disclose his name for fear of victimisation,

“We fetch water from that tape outside the hostels and imagine; there are no sanitisers.”

Another returnee weighed in saying: “Several people using one tape without sanitisation. We are also sharing bathrooms. The situation there can actually achieve the opposite of what is intended.”

Yesterday morning, pictures of beds and bathrooms believed to have been taken at the college hostels showed a dilapidated infrastructure that has been a victim of many years of neglect.

Government has been taken to court by doctors and lawyers for lack of preparedness in containing the spread of COVID-19, with healthcare staff demanding personal protective clothing.

Most hospitals are not equipped to handle the patients from the virulent novel virus that has killed over 170 000 people and infected over 2,5 million globally. Zimbabwe has 25 confirmed cases, including three fatalities, but there are fears the weak economy and health system could be easily overwhelmed in the event of a full-blown outbreak.

Last week, some returnees from Botswana isolated at a high school in Plumtree protested against the conditions they were subjected to and were later transferred to Bulawayo.

The first team of UK returnees has been isolated at ZIPAM in Darwendale and with more expected from South Africa and Botswana, the poorly-resourced government could be easily overwhelmed.

Yesterday, a letter purported to have be written by one of the UK returnees, accused Mangwana of lying that they were 65, claiming they were less than 32, with the others being Zambians who proceeded to Lusaka.

“Just like any other Zimbabwean citizen with rights, including access to shelter, water and health among other basic amenities, we demanded to be housed at a decent facility,” the returnee said.

“Decent in asfaras we could be guaranteed basic health as defined by health bodies in the wake of the coronavirus outbreak.

“By basic facilities we meant at least a room with a bed and linen, toilets with running water and clean bathrooms.

Belvedere, a facility which the government authorities provided, doesn’t have all those.”

The returnee added: “We had no expectations of anything flashy, given the fact that this is a temporary quarantine facility in an emergency situation, but we also didn’t expect that we will be thrown in a place which doesn’t have basic amenities such as running water.

“Compounding the issue, government officials who came to address us regarding our concerns were extremely arrogant, like they were dealing with criminals.

“A case in point is when a senior official in the Ministry of Public Service, Labour and Social Welfare threatened to unleash police on us, to force us to occupy uninhabitable accommodation.”

But Social Welfare minister Paul Mavima, during a post-Cabinet briefing yesterday said: “The returnees have to bear with us; they can’t expect a first-class facility when a country is dealing with a national disaster.”

He added: “We will go there tomorrow and see if their concerns are genuine.”

But Information deputy minister Energy Mutodi said what the returnees saw was the obtaining situation in the country and have no choice, but to adjust to the new lifestyle.

“We are a poor country, we cannot afford to choose. This is a pandemic and no one to choose where to be quarantined. They just have to be resourceful and adjust to the situation. We cannot give VIP facilities for them.”

On unavailability of running water, Mutodi said: “Most houses in Harare do not have running water in the toilets.

That is the prevailing situation and that is the lifestyle. We don’t see anything amiss. They should adjust. The MDC councils have let the people down.”

Health minister Obadiah Moyo said government would reduce the holding days to eight so that negative people would be released early to allow accommodation of other groups coming into the country.