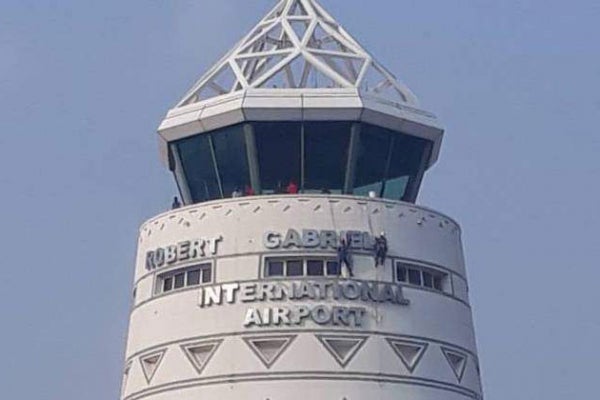 THE Civil Aviation Authority of Zimbabwe (CAAZ) has indicated that modernisation of the Robert Gabriel Mugabe International Airport is on course despite the worsening economic challenges.

The project, being carried out by Chinese contractor Jiangsu International, is expected to be complete by 2021.

Jiangsu International will work on the expansion and rehabilitation of the international and domestic terminals and supply service equipment, among other things.

This will see the airport’s passenger handling capacity going up to six million from the current 2,5 million annually.

In a progress report dated September 11 seen by NewsDay at the just-ended annual Sanganai/Hlanganani World Tourism Expo, CAAZ spokesperson Anna-Julia Hungwe said they had so far carried out 10% of the rehabilitation work.

“Currently, progress of works is at about 10%. Most of the works are currently concentrated on the international terminal building, where foundation works are almost complete. Runway rehabilitation started on June 24, 2019, and the contractor works at night to avoid disrupting flights,” she said.

“The airport development project involves the increased capacity to handle more passengers (from 2,5 million to six million passengers per annum) with a bigger terminal building and additional aero-bridges to accommodate new critical aircraft like the B777s and B787s.”

Hungwe said the facelift also includes the extension and refurbishment of the international terminal building.

“The project also includes the refurbishments of the domestic terminal building, a new VVIP pavilion complete with separate apron and access roads, upgrading of navigation equipment and AGL/airfield lighting, refurbishment of existing fire station and relocation of the satellite fire station, completion of the runway rehabilitation works, expansion of aprons, rehabilitation of car parks and amp, access roads and buses and amp, two aircraft fuel servicing equipment,” she said.