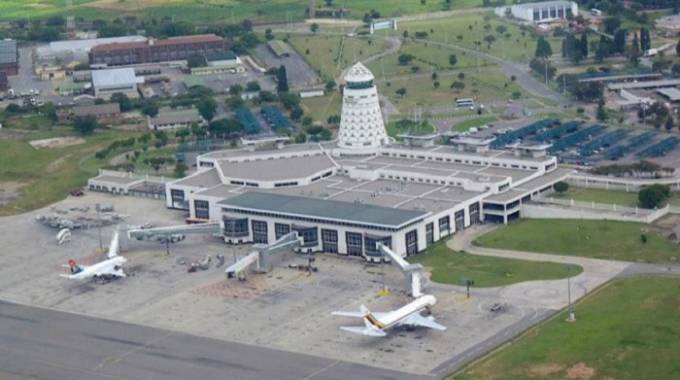 The expansion of the US$153 million Robert Gabriel Mugabe International Airport is  on course, with 22 percent of the works having been completed, a development that puts to reality its completion within the set time-frame of the end of 2021.

The 36-month project is one of the key infrastructure development ventures undertaken by the Second Republic in 2019.

It is being funded through a concessionary loan from China Exim Bank.

Upon completion, the airport will be comparable to the Kenneth Kaunda International Airport (KKIA) which similarly is being expanded by another Chinese firm China Jiangxi International.

KKIA expansion was expected to be completed last October before funding challenges affected the project.

Regarding the airport upgrade Minister Matiza also said: “In August last year we started the upgrade of Robert Mugabe International Airport because it is the one that facilitates the movement of goods and persons — tourists and investors — among others.

“We were given a total 36 months to finish this project and so far we have covered the first year. To date we are on 22 percent and I can safely say that the project is running smoothly and we can surely meet the deadline.

“They started by levelling the VVIP side. That side (the VVIP) will have two bridges for passengers and this means there will be no disturbances when travellers come in.

“After finishing the VVIP side, they will then move to the other side. A lot of work is taking place there. The car park is also being improved.”

The expansion will see the construction of the international terminal building and aprons, installation of four new air bridges, a secondary radar system, construction of a VVIP pavilion, an airfield ground lighting system and communication systems.

The modernisation of the RGM International is in line with Government’s thrust to rehabilitate aviation infrastructure across the country as it seeks to attract more international airlines and passengers.

The project’s funding was unlocked by President Mnangagwa during his State visit to Beijing in April last year.

Debts owed to China by the previous Government, which had initially secured the deal, threatened to derail the venture as the Chinese questioned Zimbabwe’s commitment to the project.

The other major projects currently underway include the Hwange 7 and 8 expansions. The construction of the projects officially commenced on August 1, 2018.

Commissioning of the first unit (Unit 7) is expected to start mid-2021 and all the units are expected to be in full commercial operation end of January 2022.

Sections of Harare-Beitbridge highway are under rehabilitation to the tune of $150 million and are waiting for subsequent dualisation.

Furthermore, the dualisation of Plumtree-Mutare highway is progressing well.

On Friday President Mnangagwa commissioned the Norton flyover bridge, a sign of the administration’s seriousness in infrastructural development.