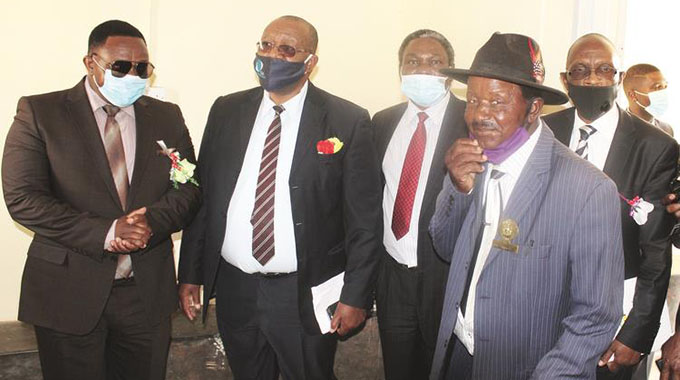 When a child is born, he/she requires a birth certificate, which is the first official document accorded to any newborn.

The birth certificate is of great importance as it ascribes an official identity to the little human being, whose life endeavours are hinged on this coveted elementary document.

After about six years, the child has to enrol for primary school, using the same birth certificate, which is crucial for the academic journey. It is also a requirement for accessing other vital documents, such as the national identity document and a passport.

Years pass by, the child reaches the age of majority and acquires a national identity card which confirms their adulthood status, giving numerous constitutional rights.

At a certain point, nature dictates that the individual enters a union with a partner of their choice, making the sacrosanct  “Till death do us apart” vows, before a cleric or magistrate who certifies the marriage in a certificate deposited at the Civil Registry Department.

Should they intend to travel to other countries, they require a passport which validates their legal status as Zimbabweans, wherever they go.

Finally, it is the Civil Registry Department again, which also issues the death certificate, serving as an official record about one’s departure to another world.

Without doubt, the Civil Registry Department, generally referred as the Registrar General’s Office, is the only Government entity which captures the critical elements of human existence from birth to death.  This underpins its importance.

It explains the momentous expectations which Zimbabweans at home and abroad yearn for, in their search for mandatory identity and issue documents, meant to facilitate their endeavours.

Access to national documents is a fundamental human right for all persons.

According to the Section 35 (3) (b) and (c) of the Constitution, all Zimbabweans are entitled to “passports and other travel documents; and to birth certificates and other identity documents issued by the state.

Documents are therefore an important element of human existence. Even, in the afterlife, gripping questions about estates, marriage related disputes and other such issues are solved on the basis of these documents which, outlive human mortality.

Guided by the need to ensure easier access to national documents which are central to all human endeavours, the Minister of Home Affairs and Cultural Heritage Kazembe Kazembe recently officially opened the Murambinda Civil-Registry Sub-Office.

The Murambinda community were represented by their Member of Parliament (MP) Soul Nzuma and Chief Nyashanu who led traditional leaders.

The Murambinda sub-office, is one of the 206 sub-offices scattered in the 62 administrative districts in which the Civil Registry Department operates. The sub-office which provides birth certificates, duplicate birth certificates, death certificates and burial orders was opened in March 2019 following the collaborative efforts between the Buhera West MP Soul Nzuma and the local community.

In an interview with the Manicaland Provincial Registrar Ms Joyce Munamati, this pro-activeness which led to the refurbishment of the block was part of a realisation of challenges which citizens were facing in accessing national documents.

“The formerly disused block which now consists the sub-office following its refurbishment, was previously owned by the Manicaland Development Association.”

“After MP Nzuma put a strong case to the Manicaland Development Association on the problems being encountered by citizens in accessing key documents, the Civil Registry Department was finally given an indefinite lease of the property in 2018.

Following this green-light, the Civil Registry Department engaged with the Public Works Department, which provided the bill of quantity, marking commencement for the project.

Prior to the national Covid-19 lockdown, the sub-office had during the period between March 2019-March 2020 issued a total of 1 562 birth certificates and 2 192 identity cards.

While the lockdown saw a depleted registration of birth certificates and identity cards which were not considered as essential services, it is anticipated that the gradual reopening of services in the department, will see more clients being served in the months to come.

The official opening is hugely significant, considering that Murambinda Growth Point, which has the biggest population in Buhera District, has developed at a remarkable pace in recent years.

Despite bearing the “growth point” tag that is synonymous with Government’s post independent efforts of transforming rural areas to become towns with increased economic activity, parts of the district’s infrastructural outlook bear testimony to a gravitating peri-urban outlook.

On the road side, the penchant for urban standards is evident with the modest houses, which have literally replaced the traditional thatched hut synonymous with such environs.

Considering these and other developments which are continuously bridging the “rural” and urban divide in Murambinda, like any other places, it is critical that the Civil Registry sub office will add a tonic in affording communities a convenient service.

Apart from facilitating easier access to documents, the sub-office will equally leave a lasting imprint to Murambinda, which has in recent years been designated for a town status.

Apart from serving the community, the Civil Registry sub office will enhance the operations at the district’s largest institution – Murambinda Mission Hospital, especially those relating to birth certificates and burial orders.

Minister Kazembe said: “The opening of this sub-office in Buhera district, clearly demonstrates Government’s commitment to improve service delivery in line with the policy of Ease of Doing Business.”

Although the growth point and surrounding areas are increasingly bearing the peri-urban outlook now, the sub-office is deemed to facilitate the registration of livestock, which are an essential element of the household economy, which mirrors the national agrarian outlook.

“I also call upon all cattle owners to make use of our office to apply for livestock brand certificates.

“Registration of livestock brands is vital in determining ownership and identity of livestock, as well as in the investigation of cases of stock theft,” said Minister Kazembe.

In the past, people used to travel long distances to Buhera main office or Gaza sub-office.

Mr Machiri said: “It is the desire of the department to ensure that clients do not walk long distances in order to access services.”

Beyond its immediate target of clients from ward 14 (Murambinda), Madzivire (ward 15) and Mutasa (ward six), the office will also be reachable to 11 other wards in Buhera North and Buhera Central, totalling some 150 000 people constituting the catchment area.

Apart from the symbolical importance of the building, the project is also bound to produce greater dividends especially with the realisation of the anticipated establishment of the networking systems at the sub-office.

In underscoring the importance of the recently commissioned building, Minister Kazembe, however, emphasized that Government is currently working out modalities to ensure that services are accessed online.

“In the near future we would want to ensure that our people conduct applications in the comfort of their homes.”

An anticipated realisation of online services for applications will not however negate the continuing need for periodic mobile registration exercises meant to reach out to remote places far way from established registry offices.

The writer is the communications and advocacy officer in the Ministry of Home Affairs and Cultural Heritage. Follow him on Twitter @FMupah