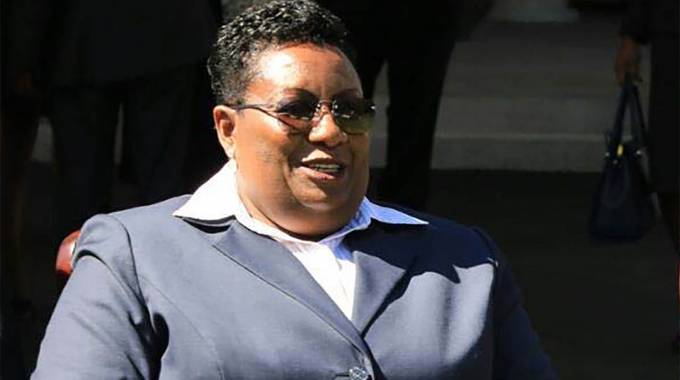 Whistleblowers who lift the lid on corruption will soon be entitled to rich rewards while their security will also be guaranteed under a raft of new measures proposed by the Zimbabwe Anti-Corruption Commission (Zacc) to fight festering rot in both the public and private sector.

The proposals, exclusively obtained by The Sunday Mail, are contained in the principles for the amendment of the Anti-Corruption Act, which are now before the Attorney-General’s Office and the Office of the President and Cabinet.

Under the proposed amendments, whistleblowers will now receive protection from the State as part of an elaborate witness protection programme. They also seek to broaden the scope of the existing Anti-corruption Act in order to reinforce existing legal statues. Through the envisaged law, informers will only pocket monetary rewards for alerting authorities if the volunteered information is passed as credible.

“…the law shall provide for rewards to whistleblowers only if the information leads to successful investigations, prosecution and recovery.

“Citizens who step forward to disclose wrongdoing, particularly when public safety, health or resources are at stake, should be acknowledged and protected and not to fear being punished or ostracised,” reads part of the recommendations.

Whistleblowers will also be guaranteed anonymity as well as protection against intimidation.

“The law shall protect the whistleblower against any disadvantage suffered as a result of whistle-blowing. This shall extend to all types of harm including dismissal, job sanctions, punitive transfers, harassment, loss of status and benefits and other issues,” the draft law further reads.

However, the graft-fighting body also proposes “reasonable sanctions to discourage false reporting”, but “honest and reasonable errors” would not be sanctioned.

Further, individuals who disclose information to enjoy immunity from disciplinary proceedings and “liability under criminal, civil and administrative laws, including defamation and official secrets act” would also get a waiver of liability.

Zacc’s legal experts told The Sunday Mail that the recommendations were in line with the Constitution.

“We are now awaiting for the advice from the Attorney-General’s Office as well as the Office of the President and Cabinet. We made these recommendation in line with Section 255 (1)(h) of the Constitution of Zimbabwe Amendment (No. 20), 2013, which stipulates that Zacc has the function to make recommendations to Government and other persons on measures to enhance integrity and accountability and prevent improper conduct.

“We have made these recommendations after realising the gap in the legal framework, the absence of whistleblower and witness protection legislation,” said Zacc officials in off-the-record briefings.

The alignments, the experts also added, were in line with international conventions such as the United Nations Convention against Corruption, the African Union Convention on preventing and Combating Corruption, and the Southern African Development Community Protocol against Corruption, which all oblige signatory member states to ensure best practice and compliance on whistleblower and witness protection.

“Zacc wishes to assure members of the public that whistleblowers would be protected. The commission has forwarded to the Attorney-General its recommendations for a comprehensive whistleblower framework which is in line with the requirements for the provisions United Nations Convention against Corruption and other best practices.”

According to Zacc’s recommendations, new legal statutes should be promulgated to give the commission powers to embark on sting operations to nab culprits.

“The law shall empower the Commission to sanction the Commission’s investigators to set up valid traps because entrapment is very central in gathering evidence,” added the recommendations.

Other proposals by Zacc include reinforcing existing legislation for a new section that makes it a duty for all citizens to report corruption and penalise persons who intentionally fail to expeditiously report cases.

“The law shall penalise malicious reporting. The Botswana Act (Section 19) and the Zambian Act (Section 27) criminalise knowingly making a false report to the respective commissions. These Acts are quite consistent with Article 5(7) of the UN Conventions and Article 4 1(f) of the SADC Protocol,” reads the proposed amendments.

Last month, President Mnangagwa ordered the reinstatement of Zesa workers that were dismissed for whistleblowing on some of the scandals at the power utility.

Some of the issues raised by the workers included the awarding of the Gwanda solar project to Wicknell Chivayo without following laid-down procurement procedures and payment of the US$5 million to him without bank guarantees, as well as a dodgy public relations project involving former Minister of Energy and Power Development Dr Samuel Undenge and Messrs Oscar Pambuka and Psychology Maziwisa.