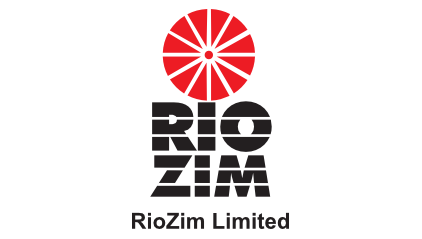 LISTED resources group RioZim has resumed operations at its three gold mines after receiving arrear payments from the central bank.
Last week, the miner shut down operations at its Renco, Cam and Motor and Dalny mines for the second time in four months after the Reserve Bank of Zimbabwe had failed to pay for part of its gold deliveries in United States dollars.

“…the company’s gold operations have resumed full production as normal,” it said in statement.
“This development follows the fruitful discussions held with the Reserve Bank of Zimbabwe which facilitated the clearance of all arrear payments thus allowing the company to resume its normal operations,” read the statement.

All gold producers in Zimbabwe are obliged to sell their output to RBZ subsidiary Fidelity Printers and Refiners and are supposed to be paid 55 percent of their earnings in United States dollars.
The remainder is paid via electronic dollars into their bank accounts.
RioZim, which recently dragged the central bank to court over its failure to pay foreign exchange earnings due to the gold producer in the past ? last year estimated losses caused by payment delays to be $40 million in increased expenses and delayed capacity, a figure anticipated to have shot up, precipitating the recent temporary suspension of operations.

Last year, the three mines were only re-opened after the RBZ, which is the country’s sole gold buyer through Fidelity, said it would allow mines to keep 55 percent of their earnings, up from the previous 30 percent.
This was despite the fact that RioZim had requested to retain 60 percent of its foreign exchange earnings in hard currency.
Additionally, the RBZ then increased the local currency gold export incentive from five percent to 20 percent.

According to RioZim chairperson Lovemore Chihota, in the 30 months leading to October 2018, the company had only received 14 percent of its money in foreign exchange against an RBZ directive of 50 percent directly to its nostro account and 50 percent through application to the central bank.

Gold is Zimbabwe’s single largest export earner and production reached an all-time high of 33 tonnes in 2018 from 27 tonnes the year before, official data shows, driven by record output from small-scale producers.
Big mining companies say the acute shortage of dollars, which has also sapped supplies of fuel and medicines, hampers their ability to expand production and start new projects.