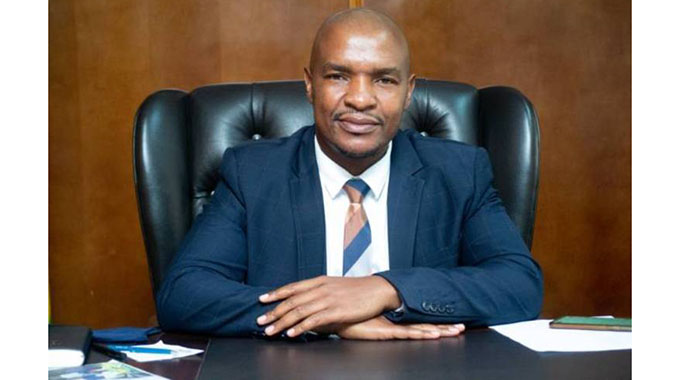 More than 1 000km of gravel roads have been graded across all provinces, while pothole patching has been done on a cumulative 590km of surfaced roads as Government scales up efforts to attend to the dereliction left by local authorities as well as the damage caused by heavy rains experienced countrywide this year.

This comes as Government this month set aside $33,6 billion for the Second Phase of the Emergency Roads Rehabilitation Programme (ERRP2), following a public outcry over the state of the roads which had made travelling risky, cumbersome, and costly.

In an interview, the Minister of Transport and Infrastructure Development, Felix Mhona said the rehabilitation of roads nationwide is gathering pace.

“Most provinces have started registering progress. So far, the following progress has been achieved nationally; 54km have been re-gravelled whilst 525km of verge clearing have been achieved, pothole patching has been done on a cumulative of 590km of surfaced roads,” he said.

Most of the major works are still at the tendering process for reseals and rehabilitation of failed sections, and as soon as the process is completed works will commence immediately, the Minister said.

In line with President Mnangagwa’s pledge to ensure that no part of Zimbabwe is left behind in terms of development, Minister Mhona said every part of the country is witnessing road rehabilitation works.

He said surfacing works are in progress on 13,6km of the Chivi-Mhandamabwe-Tokwe Road in Masvingo Province and to date, 5km have been surfaced and opened to traffic while a further 8km have been primed and are ready for surfacing.

“Karanda Bridge in Mashonaland Central is now complete and commissioned. The 17km from Nyakasikana to Karanda Hospital have now been graded and some sections have been spot-gravelled.

“The new scope, however, includes road construction up to surfaced standard (tarred). Procurement of materials to complete the surfacing has started.

“In Mashonaland East, Monte Casino Bridge is now completed and ready for commissioning. Again, the additional scope has been added so that the 7km gravel road be upgraded to a surfaced road.

“On the Karoi-Binga Road in Mashonaland West Province, a 10km section from Chivakanenyama to Zvipani has been completed to surfaced standard and is ready for commissioning. A further section has to be commenced at the time of commissioning.

“In Harare, 3,2km of Pangula Road (Chikurubi Prison Access) have now been completed and surfaced. Works in progress are currently confined to the lining of drains and attending to potholes within the perimeter of the prison yard. The Contractor requests partial handover of the road so that it can be opened to traffic”.

Minister Mhona added that CMED has been instructed to scope Masiyephambili Road in Bulawayo and now the process has been completed.

“Boshoff Drive, in Harare Metropolitan Province, 0,2km has been primed and is now ready for surfacing. Earthworks have been completed on a further 0,7km and the section is now ready for priming.”