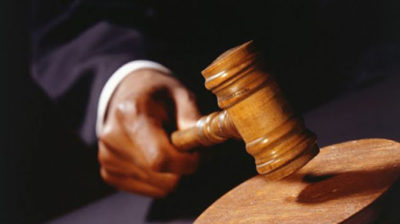 THREE men, two from Musina, South Africa, at the weekend appeared before Beitbridge resident magistrate Toindepi Zhou on allegations of robbing a man of R12 500 and his mobile phone after finding him walking towards an illegal crossing point on the Limpopo River in Beitbridge.

Paddington Cheya (29) of 577 Dulivhadzimo, Tinashe Mugwagwa (23) and Robert Machiri, age not provided, both of 2364 B Matswale Phase 6, Musina were remanded in custody and advised to return to court after a fortnight for trial.

The trio was not asked to plead.

It is alleged that on August 30 this year, the trio saw Nyasha Pakamisa, of Dulivhadzimo in Beitbridge, walking towards the Limpopo River and they pounced on him with one of them brandishing an Okapi knife.

They allegedly robbed him of R12 500 and his black mobile phone before running in different directions.

Pakamisa later spotted the men in Dulivhadzimo and appealed to the public, which effected a citizen’s arrest.

They were later handed to police, but not before the mob had meted out instant justice.

Cheya, Mugwagwa and Machiri appeared in a court that sat in the Beitbridge District Hospital male ward, where they are receiving treatment for injuries sustained during the citizen’s arrest. They were asked to come to court after two weeks when their trial is expected to start.

Mugwagwa walked with difficulty and was experiencing pain under the feet.