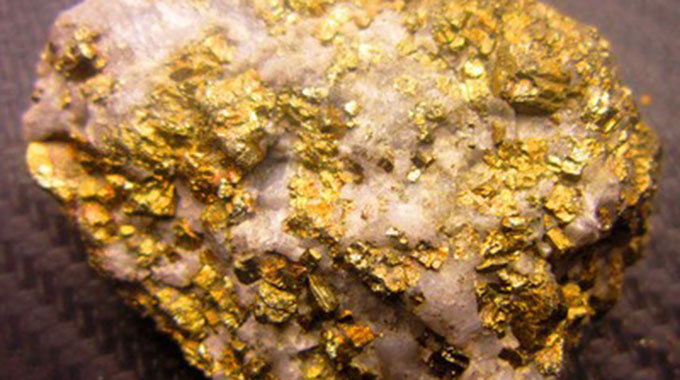 The seven, who were armed with firearms, machetes and axes, pounced on unsuspecting miners, Gadzanani Moyo (28) and Noble Ndiweni (20), and loaded their loot into a getaway car, which was later impounded by the police.

“Police in Maphisa are investigating an armed robbery case, which occurred at Goodcow Mine on May 2,” said Asst Comm Nyathi. “Seven men armed with rifles, machetes and axes robbed two complainants of 12 by 50kg bags of gold ore, which they loaded into their vehicle.

“They also robbed them of R11 500 and US$20 before driving off in a getaway vehicle. Police tracked the vehicle, which is South African registered. They found it parked at one of the suspects’ homestead, which led to the seven’s arrests and impounding of their get-away vehicle.”

Asst Comm Nyathi warned criminals that they would be arrested without fear or favour.

“We want to warn criminal elements that we will not hesitate to arrest them,” he said. “We will not fold hands while they break the law.”

Cases of armed robberies have been on the rise since the beginning of this year.

Armed robbers have been targeting business people and illegal money changers across the country.

Earlier this year, armed robbers pounced on illegal money changers operating at Makoni Shopping centre in Chitungwiza where they made off with cash and a vehicle belonging to two brothers.

After the Makoni heist, another gang of armed robbers pounced on businessman Tawanda Nyambirai and Rodney Dangarembizi whom they robbed of over US$220 000.

The incidents triggered a manhunt which resulted in a shoot-out with the five armed robbers suspected to have been involved in the robbery of Nyambirai, Dangarembizi and money changers at Makoni.

Three of the robbers were shot dead, while the surviving two were arrested.