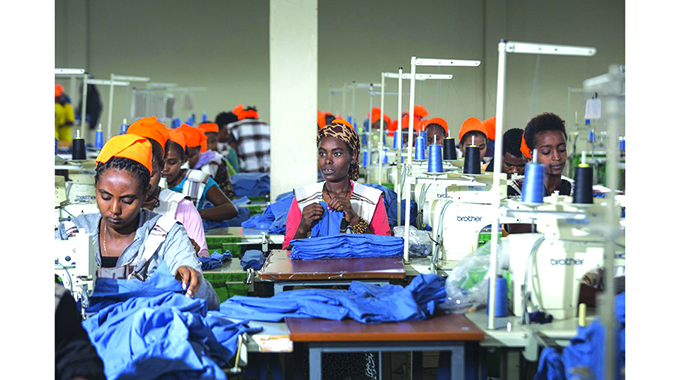 Looking at women economic empowerment, it is always important to acknowledge that women are not a homogeneous group within societies

According to the World Economic Forum Report of 2019, global economic gender parity will be achieved not until after 257 years.

These findings albeit gloomy do not mean that there have not been milestones achieved by countries in ensuring that women are not left behind in the development matrices, all it means is that there is still more to be done.

Looking at women economic empowerment, it is always important to acknowledge that women are not a homogeneous group within societies and they play different roles within a given economy.

Trade policies tend to have varying impacts on women due to the fact that women are not a homogeneous group, and the economy is not gender neutral.

Preferential trade agreements are now drawn through a gender lens to ensure that vulnerable groups such as women and MSMEs can leverage on the provisions of PTAs.

Research reveals that as of July 2020, 80 regional trade agreements with 69 in force and notified to the WTO, have provisions that relate to women and gender related issues.

The provisions have been generic in character over the years, however, it is important to note the evolution that has taken place over the years as they now reflect serious commitment from governments.

Governments are increasingly acknowledging the importance the role played by gender as a humanitarian and development objective.

During the 13th extraordinary session summit in December 2020, the protocol on women and youth was instituted.

The realisation of the impact on international trade on economic growth processes and gender equality has demanded gender specific — assessments of the said impact before the operalisation of the trade agreements.

Indeed, countries have found value in conducting a gender analysis so as to inform the trade policies through a gender lens. The process continues into monitoring and evaluation of the impact of the trade agreements so as to timeously address the inherent negative impact in trade liberalisation.

In the short-term trade liberalisation can give rise to increased gender inequality due to several factors associated with trade liberalisation. Competition, initial loss from tariff revenues and adjustment costs will affect the economy and vulnerable groups such as MSMEs and women will disproportionately bear the brunt of these negative effects.

Furthermore, the social construct within society that prescribes roles according to gender will further perpetuate inequality as access to the limited resources will favour a particular gender.

The depleted revenue coffers due to tariff liberalisation can compromise governments provision of public goods and services where women can be the most affected as they are the largest consumers of public goods.

The gender-specific provisions within the Preferential Trade Agreements should be concrete and seek to persuade national policies to reflect the seven drivers of national transformation that identify barriers to women economic empowerment within the realm of trade. These drivers are listed by the UN Secretary-General’s High-Level Panel on Women’s Economic Empowerment (HLP-WEE).

Moreover studies by UNCTAD have revealed how the market -oriented economy is underpinned by unpaid care work. It is therefore reasonable to have such drivers embedded in the preferential trade agreements.

In the context of the AfCFTA gender mainstreaming of the AfCFTA national strategies remains paramount as a means of achieving economic structural transformation and diversification.

The specific AfCFTA protocols enables national policies create enabling environments that should be able to shield vulnerable groups through training and capacity building. These interventions will strengthen the MSMEs against the inevitable competition that comes with trade liberalisation.

Gender specific provisions within PTAs , as outlined above, have a serious role in achieving gender equality. Of equal importance is also to include public consultation and stakeholder engagement with representatives of women as a strategic constituent in the negotiations of the trade agreements.

Going forward, trade agreements negotiations should be done in consultation with grass roots women organisations, the private sector, labour institutions and civic society to mitigate against inherent negative trade impacts that could come with trade liberalisation.