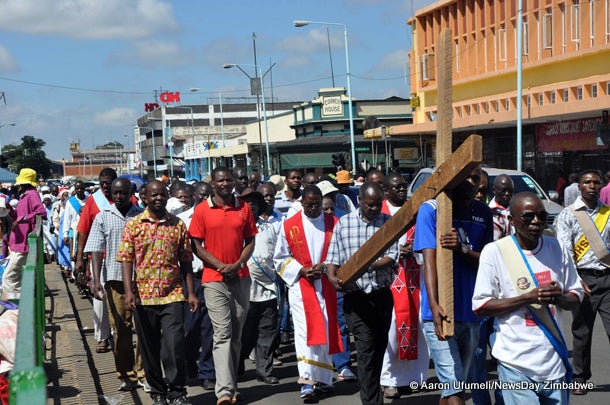 John Bradburne, who dedicated his life to the care of people with leprosy at Mutemwa in Mutoko, is on the path to receive sainthood from the Roman Catholic Church.

Bradburne will be officially declared a saint after the canonisation process is completed, an act by which a Christian church declares that a person who has died was a saint.

Speaking to journalists during a three-day cause for the declaration of Bradburne as a saint, which began yesterday, Kate Macpherson, secretary of the John Bradburne Memorial Society, said the last stage of him to be declared a saint lay in the hands of the Congregation of Saints in Rome, Italy, after they receive records of his works.

“After today, the Archbishop (Robert Ndlovu) will gather an ecclesiastic court and with that court they will listen to the testimonies from people who knew John about John (witnesses). They then gather documentation of testimonies that is sent to Rome and to the Congregation of Saints and they then decide if he is venerable. After this, we wait for a miracle, a step which will see him officially declared a saint. This could take months, but we do hope it takes place during the period we are gathered here in Mutemwa,” said Macpherson a great niece of Bradburne.

On July 1, 2019, the Congregation for the Causes of Saints in Rome issued a formal declaration of no objection (nihil obstat) for the cause of beatification, a formal process by which a person is declared a saint.

The letter was sent to Archbishop Ndlovu, who, in April this year, had convened a meeting of Zimbabwean bishops at which there was unanimous approval to support the cause.

Father Alfred Patience Tigere said the formal declaration of Bradburne as a saint was expected to hasten as there had been many accounts of his works justifying the cause.

He also said Bradburne was known for caring for the sick and providing them with food during his lifetime.
John Randal Bradburne was a member of the Order of St Francis and a warden of the Mutemwa leper colony in Mutoko. He was killed by guerrillas in 1979 on September 5. The cause for his sainthood is running from the 40th anniversary of his death.