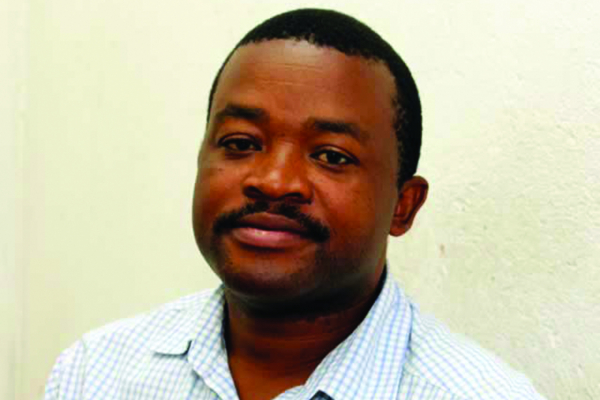 REPUBLICAN PARTY OF ZIMBABWE (RPZ) presidential candidate, Kwanele Hlabangana (KH), says he will promote growth of the informal sector and reopen closed industries if he wins this month’s presidential elections.

Hlabangana recently told NewsDay (ND) senior parliamentary reporter Veneranda Langa that the ruling Zanu PF party does not deserve another chance to remain in government as it lacks innovation to resuscitate the country’s collapsing economy. The following are excerpts of the interview;

ND: Who is Hlabangana and what really drove you into politics and contest for the presidency?

KH: I ventured into politics with the aim of improving the livelihoods of the people of Zimbabwe. I have no aspirations of being known as a great person, but rather my vision lies in serving the people. I am a seasoned businessman with vast experience in deal structuring and investments. I am also co-founder and trustee of the Unisa-Africa Girl Development Programme. I am also trustee and director for special projects at that Joshua Nkomo Cultural Movement Trust, an organisation that seeks to preserve and promote the legacy and vision of the late Vice-President Nkomo (Father Zimbabwe). I was born in 1971 and I am very proficient in business administration, marketing, advertising, public relations and publishing. I also co-founded Kaizer Industries (Pty) Ltd, a company associated with South Africa’s soccer giant: Kaizer Chiefs Football Club. In Zimbabwe, I established the country’s first herbal pharmacies and health restaurant under the Health Ways brand and I am involved in biotechnology research with scientists at the University of Zimbabwe.

ND: What exactly are the problems that you want to solve in Zimbabwe which made you to consider standing for the presidency?

KH: The presidency is not about solving problems, it encompasses the general administration and good governance of a country. Problems are a result of inefficiencies of an administration compounded by the composition of the team one would have chosen to work with. The biggest impediment will be the choices the head of the Executive chooses to live with.

ND: What are the key points covered in your party manifesto?

KH: The Republican Party of Zimbabwe has a manifesto derived from my vision. Our manifesto is not an exhaustive answer to solving Zimbabwe’s problems, but it provides an overview of our thoughts as a party on the needs of the country. Some of the key issues include supporting the informal sector, fostering industrialisation and value addition of natural resources, elimination of social ills like corruption and discrimination, to create a conducive environment for businesses, youth and women. Our manifesto also aims at promoting infrastructural development and improving the delivery of social welfare services to cater for vulnerable groups in need and to nurture and develop the rural economy among others.

ND: What is your opinion of the current Zanu PF leadership led by President Emmerson Mnangagwa?

KH: For the larger part of Zimbabwe’s independence, Zanu PF has provided leadership for the executive and legislative arms of government. The country is going through hard times; however, it would be prejudicial to pretend that there have not been positive developments. Zanu PF has not changed from its incipiency as it has the same people, same strategies and lacks innovation which is resident in young people. If you look backwards, there is evidence that the growth of Zimbabwe slowed down with the age of its leadership. Zimbabwe needs vibrancy, new ideas and innovation.

ND: Do you think that other presidential candidates are serious competition for you?

KH: The people of Zimbabwe will answer that question better on July 30. There is no better person than the other, God created us as equals and it is about the choices we make that sets us apart from others. On July 30, Zimbabweans will make a choice about their national leadership so I will let them speak on my behalf on the election day.

ND: How big is your party?

KH: The Republican Party of Zimbabwe is as big as the country’s population, who may or may not be registered to vote. The whole country knows about RPZ and that is how big we are.

ND: So, did you manage to field candidates in all the constituencies and senate seats?

KH: We did not field candidates in all constituencies because of financial limitations as you are aware that our (national) Constitution only allows funding for the so-called big parties and does not permit foreign funding and that is basically crippling the ability of new players on the political arena.

ND: What is your impression of the 2018 elections, are they likely to be free and fair? Does anything pertaining to elections need to be improved?

ND: What is it that you promise Zimbabweans if you win the presidential elections?

KH: After the elections we will enable the people of Zimbabwe to live their dreams. However, bringing dreams to reality comes with making sacrifices, hard work, honesty, dedication and determination.