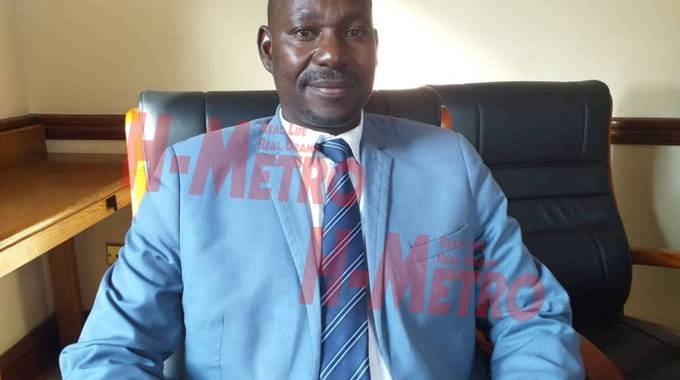 HARARE City Council director of works Engineer Zvenyika Chawatama, who has been on the run after escaping a high-speed police chase, last week mysteriously filed leave forms with the Town Clerk’s office.

Police on Friday insisted that they are still hunting for Chawatama for allegedly appointing himself as Town Clerk following last year’s suspension of substantive Town Clerk Hosiah Chisango on allegations of illegally selling residential stands.

“He has not yet been found, investigations are ongoing and once he has been arrested we will let you know,” Asst Comm Nyathi told The Sunday Mail.

Sources at council said Chawatama filed the leave forms to avoid being charged with absenteeism.

“An emissary brought in the papers and we were surprised because this is someone who is said to be in hiding. It’s obvious that while hiding wherever he is, he is trying to be smart and avoid being charged for absence from duty. But something is fishy here, it’s strange for a runaway to pull off such a stunt.”

But in an interview with this paper, Ms Chikomwe denied filing the forms, saying Chawatama himself had brought the papers.

“Engineer Chawatama filed the leave forms himself because they actually need his signature and no one can do that for him,” she said.

Sources said Chawatama could be getting protection from “high offices” within and outside of council.

“I was away and when I returned, the leave forms, in which he is asking to be away until the end of the month were indeed there,” he said.

“He has not come in here physically because at his level he can send a personal assistant to do that. I have spoken to him over the phone, and he says he is alright, but I do not know where he is at the moment.”

Dr Chonzi last week wrote to Acting Mayor Stewart Mutizwa declining his appointment to the position of Acting Town Clerk saying it does not align with his competences.

In the letter, Dr Chonzi said he would serve better in the health department especially at a time when the country is preparing to roll out the Covid-19 vaccine.

A fortnight ago, Chawatama dramatically evaded arrest when he heard word of police’s arrival at Town House.

Reports say upon police’s arrival, Chawatama raced into the car park, jumped into an MP300 vehicle with the city council logo, and sped off at high speed. The police team gave chase but could not catch up with him along Simon Mazorodze and Chitungwiza roads. Repeated efforts to contact Chawatama on his mobile number were fruitless.