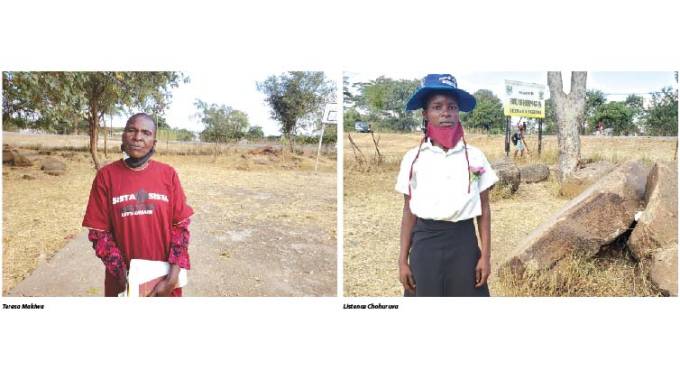 RUSHINGA district can best be described as a calabash of culture.

In this rural area near the border with Mozambique, the community is diverse in cultural and religious beliefs.

However, despite this diversity, something rare holds the Rushinga people together.

The rich social resources in this part of the country contribute towards successful community development projects as folks here sing from the same hymn sheet.

It is here in the north-eastern parts of the country that every child is everyone’s child.

Here, people cry together and laugh together.

Rushinga’s social capital binds individuals and the various organisations working in the community.

Consequently, a woman with a heart of gold was born and bred here.

Coming from an average family that does not have much to spare, Mrs Teresa Makiwa nee Kuwa is committed to helping the less fortunate children as well as victims of various forms of abuse.

An intense fire to help the needy burns inside the heart of the 52-year-old woman.

As such, her modest house has been a place of safety to around 50 children over the years, among them rape victims and disabled children.

“Some are convinced that there are financial gains for the work that I am doing here but there isn’t.

“My satisfaction comes from nurturing these wounded children and seeing them grow into successful adults,” said Mrs Makiwa in an interview with The Sunday Mail during a media tour organised by the National Aids Council recently.

The Child Care Worker offers social, physical and emotional support to troubled children under the age of 18.

Currently, Mrs Makiwa has one foster child under her care.

Twenty-year-old Listence Chohuruva, an Upper Six student at Rushinga High School, has been under ‘‘Mother Teresa’s’’ care for the past four years.

She now knows no other home apart from the Makiwa homestead, where Mrs Makiwa has taken her in as one of her grandchildren.

“In Gogo Makiwa I have found a grandmother, a mother and a mentor. She took me in at the lowest point of my life and for that I will always be grateful,” said Listence.

“My father died four years ago and his younger brother took over our family, including taking my mother as his wife. As the new head of the family, ba’mnini didn’t waste any time and wanted to marry me off to a 62-year-old polygamous man,” she reminisced sorrowfully.

“At that time, l was in Form Three and l had no idea how to defend myself from this form of abuse.

“I was hopeless but as fate would have it, my teachers at school got wind of the plans at home and they alerted Camfed, a non-governmental organisation.

“The organisation came to my rescue and that is how l landed under Gogo Makiwa’s roof,” said Listence.

Apart from foster care, Mrs Makiwa is also a mentor under NAC’s Sister-2-Sister programme, where girls and young women aged between 10 and 24 get to learn about gender-based violence and HIV, among other things.

For males aged 10 to 20, Mrs Makiwa is also a Behaviour Change Communications Monitor, who advocates for HIV testing, circumcision, prostate cancer screening as well as desisting from GBV.

Her passion undoubtedly lies on the well-being of young children, while her fuel are the smiles she sees on those young faces whenever a kind gesture is extended.