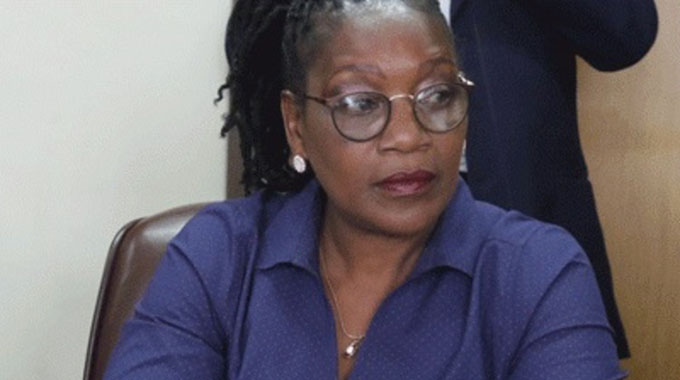 She is facing charges of attempting to smuggle gold to Dubai after four gold bars weighing 6kg were found in her baggage as she was preparing to leave the country at Robert Gabriel Mugabe International Airport last month.

Rushwaya is facing two more charges of attempting to bribe police officers with US$5 000 and unlawful possession of gold.

However, given the voluminous nature of the record, it will take a bit of time for the record transcript to be made available and enable the appeal to be set down for hearing before two judges, sitting as an Appeals Court.

Mr Dzvetero told The Herald yesterday that the record of proceedings was still being transcribed and once complete it would be made available to the High Court for the matter set down for hearing.

“We are still waiting for the record of proceedings from the magistrates’ court which is being transcribed,” he said.

“The High Court will only set the matter for hearing once the record is made available to it.

The record of proceedings is not yet out.”

In her grounds of appeal, Rushwaya wants the High Court to set aside the decision of the remand court, arguing that magistrate Mr Ngoni Nduna misdirected himself in holding that she was not fit for bail. She argued that the presumption of innocence works in favour of his client since he saw glaring weaknesses in the State’s case.

It is her contention that the magistrate erred and grossly erred in concluding that she has connections outside Zimbabwe when no evidence was placed before him to justify that position. Rushwaya also accuse the magistrate of making wrong conclusion that she would interfere with witnesses and investigations when the state failed to provide cogent reasons to demonstrate how the she would interfere.

In denying, Rushwaya bail, Mr Nduna ruled that she was a flight risk given her connections with the outside world, access to means to leave, and the strong State case against her that if proven would almost certainly result in a prison term.

Rushwaya is being jointly charged with a Pakistan national Ali Mohammed, who is out of custody on a $100 000 bail.

Her other co-accused are CIO officers Raphios Mufandauya and Steven Tserayi and one of her subordinates at the Zimbabwe Miners Federaton, Gift Karanda. All except Mohammed were denied bail in the lower remand court.