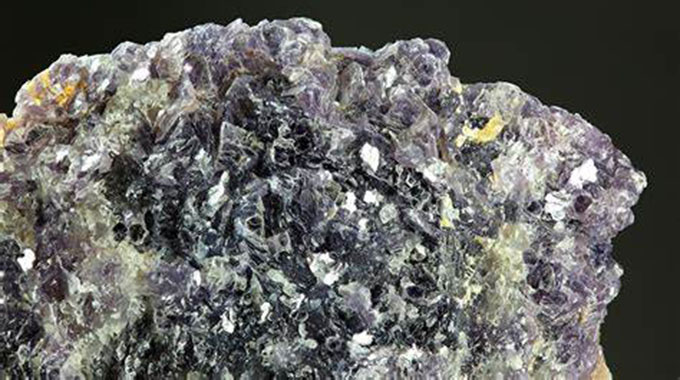 Russian company and global energy giant, Uranium One, has requested an extension of the period for an exclusivity agreement it signed last year with Zimbabwe lithium developer, Prospect Resources, which the Australia-listed miner has granted.

Zimbabwe has proven that it has abundant lithium resources. As an important mineral resource, lithium mine is attracting more investors, which will change the development prospects of Zimbabwe’s mining industry.

Government has listed lithium as one of the key minerals expected to drive its grand vision of building a US$12 billion mining industry, from about $3,6 billion currently, by 2023 and transforming the country to upper middle-income economy by 2030.

This comes as the world has forged a war against internal combustion engines, which cause serious environmental pollution through emissions, hence the push towards ozone friendly electric vehicles.

Prospect said the latest agreement provides for extension of the 90-day exclusivity period on similar terms of the memorandum of Understanding (MoU) Agreement, signed late last year, until August this year.

The MoU and discussions are more fully described in the company’s announcement of December 12,2019.

The agreement provided for Uranium One to complete a due diligence on Prospect and its Arcadia Lithium Mine near Harare.

Subject to satisfactory due diligence, Uranium One would negotiate equity investment terms in Prospect or its subsidiaries; and off-take terms for at least 51 percent of the company’s future lithium production.

Uranium One is a global energy company and one of the world’s largest uranium producers, with a diverse portfolio of assets worldwide, including in Kazakhstan, the United States and Tanzania.

Zimbabwe is the world’s fifth largest producer of lithium, with only a single producing mine, Bikita Minerals, but could move higher the rankings once four other new developing projects, including Arcadia, come online.

Meanwhile, Prospect also recently signed a Memorandum of Understanding (MoU) with Belgian industrial minerals blue-chip firm Sibelco for the offtake of ultra-low iron petalite product from its Arcadia Mine in Zimbabwe.

Demand for ultra-low iron lithium, also in ceramics industry, is anticipated to grow exponentially as electric vehicles become more common and affordable globally, driving growth in worldwide demand for the cars, as is the world shifts from internal combustion engines (ICE) vehicles. As such, the MOU for lithium offtake will provide an exclusive period of time for the parties to negotiate and execute a binding offtake agreement for Arcadia’s ultra-low iron petalite product.

The two companies have roughly a month and a half to negotiate the terms of the offtake agreement, with the MoU slating that the signing of the potential agreement is slated for June 1, 2020. While the deal will come with its own terms, the nature of an offtake agreement means Sibelco could be set up as a guaranteed buyer for Arcadia petalite. Generally, offtake agreements are set up before production even begins to specify a purchase price of the product and the date of delivery.

In Prospect and Sibelco’s case, it means Sibelco can agree to buy any future production from Arcadia at a specified price. Prospect Executive Chairman Hugh Warner said Sibelco is a significant “blue-chip” customer, touting its annual turnover of around €3,5 billion.

According to Prospect, the two companies have agreed to not deal with any other party in relation to the supply of ultra-low iron petalite. However, Prospect pointed out that the MoU does not mean the company needs to stop its discussions with Uranium One Group, with whom Prospect has also signed an MoU.