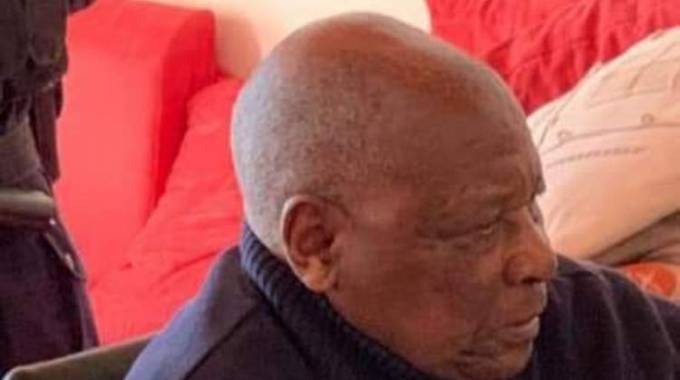 Rwanda has welcomed the arrest of one of the world’s most wanted fugitives, Félicien Kabuga, a leading figure in the 1994 genocide against the Tutsi’s in that country.

Kabuga, who has been living under a false identity, was arrested by French police in a sophisticated and well-coordinated operation near Paris.

“(The arrest is a) great achievement for international cooperation in justice, (an) important signal to all genocidaires still at large (and) positive message to victims that justice might be late, but one day or another (it) will be done.

“In general, (it is) a victory over evil for the entire humanity, especially for Rwanda.”

The United Nations International Criminal Tribunal for Rwanda indicted Kabuga in 1997 on seven counts of genocide, complicity in genocide as well as direct and public incitement to commit genocide.

All crimes were committed during the 1994 genocide against the Tutsi in Rwanda.

During the genocide, Kabuga was a known wealthy businessperson and major shareholder of hate radio station RTLM.

Now aged 85, he has been on the run since August 18 1994 after he ‘slipped’ from the Swiss Security Services.

As the genocide progressed, Kabuga was reportedly given a visa to enter Switzerland only to be later expelled.

He was expelled from Switzerland in 1994 and spent some time in the Democratic Republic Congo — then Zaire —before seeking refuge in Kenya.

He is said to have escaped arrest in Kenya several times.

Kabuga is accused of establishing the hate radio, RTLM, training and equipping the Interahamwe militia, among others.

According to financial documents found in Kigali after the genocide, he used his companies to import vast quantities of machetes.

International Residual Mechanism for Criminal Tribunals chief prosecutor Serge Brammertz stated that: “The arrest of Félicien Kabuga today (yesterday) is a reminder that those responsible for genocide can be brought to account, even 26 years after their crimes.

“Our first thoughts must be with the victims and survivors of the Rwandan genocide.

“Advocating on their behalf is an immense professional honour for my entire Office.

“For international justice, Kabuga’s arrest demonstrates that we can succeed when we have the international community’s support.”

The United States had offered a reward of US$5 million for information leading to Kabuga’s arrest.