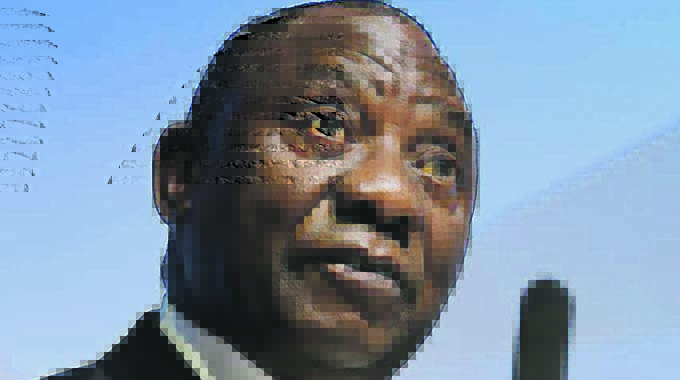 South African President Cyril Ramaphosa yesterday condemned flaring attacks on citizens from other African countries, posting on his Twitter handle that he was convening ministers from the security cluster to deal with the violence.

“I condemn the violence that has been spreading around a number of our provinces in the strongest terms.

“I’m convening the ministers in the security cluster today to make sure that we keep a close eye on these acts of wanton violence and find ways of stopping them,” said President Ramaphosa.

Gauteng Premier Mr David Makhura told journalists after touring some businesses that were looted and vandalised yesterday that it was critical for his compatriots to embrace foreign nationals as no country could “do without foreigners”.

“We want to make sure that throughout the province, it is calm. All MECs (members of the executive council) in Gauteng and members of the provincial legislature have been despatched to different areas,” said Mr Makhura.

He said criminals that were taking advantage of the chaos should be “put behind bars”.

“We must do police reinforcements everywhere. Law enforcement agencies must do their work.

This comes as the African Union (AU) has voiced concern over the attacks being dubbed as “Afrophobia”.

There were reports of violence in Gauteng Province on Sunday night, leaving a reported five people dead, shops looted and others burnt down.

Shops owned by nationals from across Africa were looted while haulage trucks driven by foreigners were also targeted.

In a statement, chairperson of the AU Commission Mr Moussa Faki Mahamat, yesterday condemned in the strongest terms, the incidents of violence against nationals of fellow African countries.

‘‘The chairperson is encouraged by arrests already made by the South African authorities.

‘‘He calls for further immediate steps to protect the lives of people and their property, ensure that all perpetrators are brought to account for their acts, and that justice be done to those who suffered economic and other losses,’’ read the statement.

“The chairperson reiterates the AU Commission’s continued commitment to support the South African government in addressing the root causes of these despicable acts to promote peace and stability within the framework of the AU’s longstanding principles of continental solidarity,’’ read the statement

Opposition Economic Freedom Fighters (EFF) leader Mr Julius Malema did not mince his words: “Our anger is directed at the wrong people. Like all of us, our African brothers & sisters are selling their cheap labour for survival.

“The owners of our wealth is white monopoly capital; they are refusing to share it with us . . .”