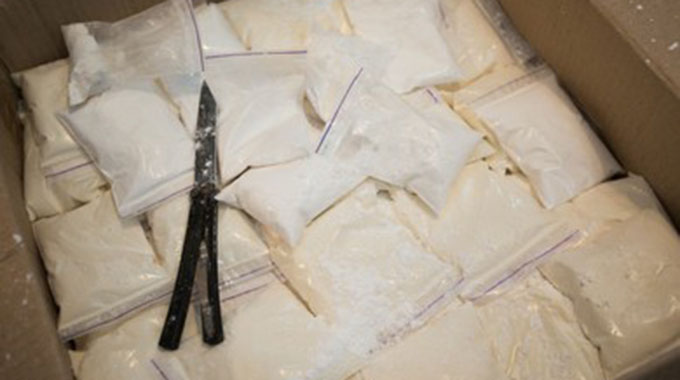 A South African woman who was this week convicted of dealing in cocaine after being intercepted with $7,8 million worth of the drug at Robert Gabriel International Airport in Harare, will know her fate today when the court hands down the sentence.

Shila Khumalo of Johannesburg, who admitted possessing the drugs but denied dealing in the same, was convicted after Chief Magistrate Mr Munamato Mutevedzi was convinced that she had imported them from Brazil.

In his judgment, Mr Mutevedzi noted that Khumalo had no air ticket to travel to South Africa at the time of her arrest at Robert Gabriel Mugabe International Airport on May 26.

She disembarked from the plane, proceeded to the airport’s health section where she completed immigration formalities and proceeded with the intention to exit the airport through what is generally referred to as the green route.

That route is used by travellers entering Zimbabwe without anything to declare to the Zimbabwe Revenue Authority (ZIMRA).

Police detectives, Zimra officials and intelligence services swooped on her, searched her luggage and arrested her after the discovery of the drugs.

The State contended that on that basis, the accused had entered Zimbabwean territory and had therefore imported the cocaine into the country.

In his judgment Mr Mutevedzi said whether Khumalo intended to stay in the country or not was immaterial as she was arrested on Zimbabwean territory.

Mr Mutevedzi said Khumalo had no travelling documents that proved that she was in transit and had no intention to stay in the country.

She had no air ticket for her connection to South Africa. She did not know the airline she intended to use for that journey, he said.

Khumalo, through her lawyer Tinashe Zinto admitted to possessing the 975 grammes of cocaine but denied dealing in drugs.

She told the court that the cocaine was for her personal consumption.

Khumalo admitted to possessing the cocaine but told the court that she had no contacts in Zimbabwe, which allowed her to deal in drugs.

“She pleads not guilty and she states that when she was arrested, she was in transit to South Africa and she had already crossed the green zone to board a plane to South Africa. She never deliberated with anyone other than the arresting details. She has no contacts in Zimbabwe and there was no third party or anyone she contacted in Zimbabwe.

“The drugs were for her own use and she never sold them to anyone as she is not in the business of buying and selling. She denies importing any drugs into the country. The importing process is complete upon reaching destination. She does not deny possessing but denies dealing in drugs,” said Mr Zinto.