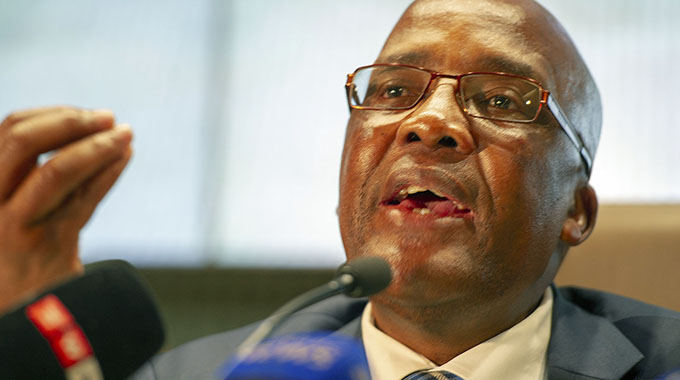 South-bound traffic is building up at Beitbridge, where the curfew on the South African side now starts at 9pm instead of 10pm. The curfew continues until 6am. During the curfew hours only commercial trucks are cleared.

The extra staff is expected to minimize congestion and to ensure strict and safe screening of all travellers.

Speaking during a press conference yesterday, he said the Department of Health, apart from extending existing Covid-19 certificates for truck drivers at the borders was roping in more private laboratories to cater for those who would need additional testing or who did not have Covid-19 clearance certificates upon arrival.

“We are going to be implementing the plans approved by the National Joint Operations to ensure we clear traffic expeditiously.

“However, the success of these plans will depend on the cooperation of all,” said the minister.

The delays that rocked the border in the build-up to Christmas Day were largely linked to the increased volume of commercial cargo since other borders were still closed.

South African authorities had to reign in on errant commercial truck drivers who were no longer making use of truck shops, where they are supposed to park vehicles pending the finalisation of customs documents.

The minister said under agreed protocols, trucks are expected to only join the queue to exit or enter the borders, when all paperwork has been completed.

“Another 60 additional immigration law enforcement officers will be deployed to support the National Defence Forces, at identified high-risk areas along the borderline where people have a tendency to cross illegally into South Africa.

“The immigration officers and the soldiers are not there to stop people from coming into South Africa. They are there to insist that anybody wishing to visit South Africa, must use the official gates of entry and produce all the requisite documentation. Otherwise, they won’t be allowed in,” he said.

Dr Motsoaledi said the authorities were conducting roadblocks and vehicle control points within the border’s law enforcement area. These will be highly active in the Limpopo, Free State, Mpumalanga, and Kwazulu Natal.

The Cross Border Road Transport Agency will also deploy inspectors at Beitbridge, Lebombo, Maseru Bridge, and Ficksburg from 2 to 14 January.

“Although, we have had congestion at Beitbridge border post in the last few days, you will realise that only 27 percent of the people who used that border in December last year travelled through in December this year.

He said a total of 21 800 trucks passed through Beitbridge Border Post this month compared to 19 800 handled last year in December.

The minister said the additional 2 000 commercial trucks that were processed at Beitbridge are mainly those that used to transit through Botswana during the festive season.