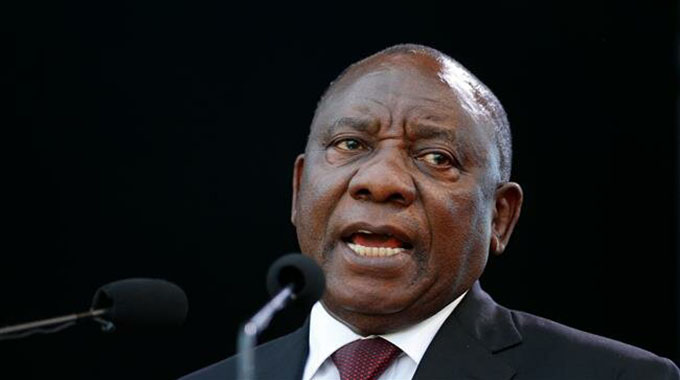 PRETORIA. — South Africa President Cyril Ramaphosa has announced a return to level 2 lockdown, which will see the reintroduction of harsher and more stringent measures on gatherings, in response to a worrying surge of new Covid-19 infections.

In a televised address last night, President Ramaphosa said with effect from today, the curfew will be tightened, moving to between 11pm to 4am, from midnight to 4am.

He said this means non-essential establishments such as bars will have to close by 10pm to allow workers to get home before the curfew.

The new limit restricts gatherings to 100 people indoors and 250 people outdoors, the President said. Under level 1, gatherings were limited to 250 indoors and twice as many outside.

President Ramaphosa said according to scientists advising government, the recent surge in Covid-19 cases is being driven by the increase in the number of social gatherings with people not observing health protocols, such as wearing masks.

“We have . . . become complacent and not avoiding crowded places and now infections are increasing again,” President Ramaphosa said, adding that the increase in infections was after the same trajectory as the previous two waves.

He said the ministerial advisory committee had recommended the urgent implementation of restrictions to slow the spread of the virus and ensure that health facilities were not overwhelmed.

President Ramaphosa said scaling up the vaccine roll-out was the foremost priority, and delaying the peak of the third wave will allow the vaccination of more people.

Experts fear that the slow pace of South Africa’s vaccine roll-out, the dominance of the new and transmissible variant, and the onset of winter could combine to deadly effect.

The country has seen a 30 percent rise in Covid-19 infections in recent days, with more than 4 700 new infections on Sunday alone.

A third wave will occur when the seven-day moving average of new cases exceeds 30 percent of the previous wave’s peak, according to the definition used by the South African Covid-19 Modelling Consortium.

The liquor industry will be breathing a collective sigh of relief after President Ramaphosa ignored calls by various groups for tighter restrictions on alcohol sales.

Liquor stores are permitted to operate during their normal licensed operating hours.

The government introduced alcohol bans on three separate occasions in 2020, totalling about 20 weeks, in a bid to reduce the number of trauma patients in hospitals overwhelmed by Covid-19 cases.