Sadc stands with Zim at UN 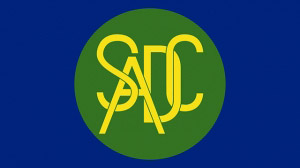 Sadc leaders are expected to use the global platform provided by the United Nations General Assembly (UNGA) in New York, United States, to take a united stand against continued sanctions on Zimbabwe, as the country’s anti-sanctions lobby gains traction.

The 39th Summit of Sadc Heads of State and Government held in Tanzania last month resolved to intensify the lobby and enlist the support of the AU.

“If you look at the decision that was made in Tanzania during the Heads of State and Government Summit, it was basically in two parts,” said Amb Manzou.

“The first one being Sadc declared that on October 25 all Sadc countries, in one form or another, will unite in protest against the sanctions.

“Furthermore, it called on all Sadc Heads of State and Government to raise the issue in their statements at the United Nations General Assembly; that is, to call for the lifting of the sanctions.”

Ambassador Manzou said for the first time since the imposition of the embargo, all 16-members states will make their position known at the same global event.

“The Sadc chair was also mandated to lead the charge in calling for the removal of the sanctions.

“So, what we are going to see at this year’s UNGA is a united position by all Sadc countries in calling for the removal of the sanctions on a global stage, something that is unprecedented,” Ambassador Manzou said.

During past meetings, only a few countries were openly fighting in Zimbabwe’s corner.

In his acceptance speech as new Sadc chair, President Magufuli said the deleterious impact of the sanctions was having a contagion effect on the region.

“As we are all aware, this brotherly and sisterly country has been on sanctions for a long time. These sanctions have not only affected the people of Zimbabwe and their Government, but our entire region.

“It is like a human body: when you chop one of its parts, it affects the whole body.

“Therefore, I would like to seize this opportunity to urge the international community to lift sanctions it imposed on Zimbabwe.”

The country, he added, deserved a new lease of life, especially under a political administration that has made a commitment to engage and re-engage with global community.

“This brotherly country, after all, has now opened a new chapter and it is ready to engage with the rest of the world.

“It is, therefore, I believe, in the interest of all parties concerned to see these sanctions removed.

“In this respect, I wish also to urge all Sadc member states to continue to speak with one voice on the issue of Zimbabwe,” he said.

Sadc has declared October 25 as Solidarity Day with Zimbabwe.

On the day, all Sadc countries will conduct various activities in their respective countries to resoundingly call for the immediate removal of the embargo “to facilitate socio-economic recovery in the country”.