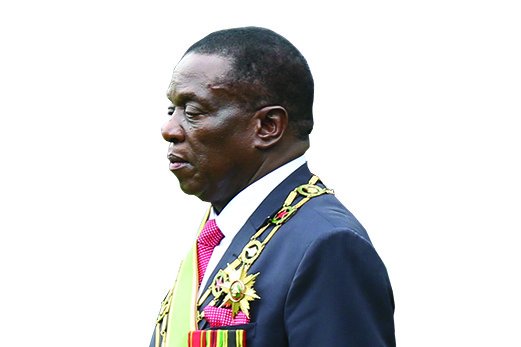 PRESIDENT Emmerson Mnangagwa has a new regional headache after the South African Constitutional Court yesterday ordered President Cyril Ramaphosa to withdraw his signature from the 2014 Protocol, which replaced the Sadc Tribunal, a court whose rulings riled former President Robert Mugabe.

The tribunal was the highest policy institution of the Sadc, responsible for interpretation of the Sadc Treaty and its subsidiary instruments, as well as adjudicates on disputes brought to it.

This allowed several Zimbabweans to drag the Mugabe administration before the tribunal after failing to find justice back home, before it was replaced by the 2014 Protocol after making several unpopular rulings against the Zimbabwe government.

White farmers, who lost their land to government under its often violent reform programme, led by Mike Campbell, won their case at the tribunal, which ruled that the land reform programme in Zimbabwe was unlawful.

But Mugabe rejected the ruling and instead arm-twisted the regional bloc into dumping the tribunal and replacing it with the 2014 Protocol that was only restricted to inter-state disputes.

But South Africa Chief Justice Mogoeng Mogoeng, in a scathing judgment delivered on Monday, said the country’s former President Jacob Zuma’s participation in the decisions to suspend the Sadc Tribunal in 2010 and his signature operationalising the 2014 Protocol, was “unlawful” and irrational.

Mnangagwa, who took over after Mugabe was removed from power in a coup in November last year, before winning a five-year term following the July 30 election, has committed to compensating all farmers who lost their land.

In his ruling, published by the South African Broadcasting Authority (SABC), Justice Mogoeng said the creation of the protocol had been designed to hamstring the tribunal, which was meant to protect the rights of citizens in the region.

“The President’s signature of the 2014 Protocol on the Sadc Tribunal is unconstitutional, unlawful and irrational.

The President is directed to withdraw his signature from the 2014 Protocol,” Justice Mogoeng said.

He said Zimbabwe had been behind the sinister plot to sink the Sadc Tribunal.

“…every issue that arose for determination is, or is traceable to, an offshoot of a masterplan that was devised by the Summit at the instance of the Republic of Zimbabwe,” Justice Mogoeng said.

Former Commercial Farmers’ Union president and spokesperson for the Sadc Tribunal Rights Watch, Ben Freeth said the ruling was a triumph for human rights in the region.

“This is a triumph for human rights and the rule of law.

We are excited and believe this is a huge step towards re-establishment of the Sadc Tribunal, which is a court of last resort to more than 280 million citizens in the region,” Freeth told NewsDay.

“It means South Africa, for all intents and purposes, is not a member of the reconstituted (2014) Sadc Protocol Tribunal to the extent of the invalidity of Zuma’s signature.

This then raises significant challenges about the new Tribunal, which coincidentally is led by Zimbabwean judge Francis Bere as its president,” Tsunga told NewsDay.

Rightwing rights group AfriForum, which brought the application before the South African Constitutional Court on behalf of the farmers, said it would consult with a view to suing Cyril Ramaphosa’s government.

AfriForum spokesperson Kallie Kriel told South African broadcaster SABC that Zuma’s actions had made Zimbabwe’s southern neighbour an accomplice in the violation of the rights of its citizens.

Early this year, South Africa’s Pretoria High Court ruled that Zuma had acted ultra-vires the Constitution and because the finding involved a presidential action, it required ratification by the Constitutional Court.