Source: Sadc under fire for being mum on Zim crisis | Newsday (News)

THE main opposition MDC Alliance yesterday blasted Sadc for its “deafening silence” over human rights abuses and the crisis in Zimbabwe, and yet it is able to find its voice in the Zanu PF anti-sanctions crusade. 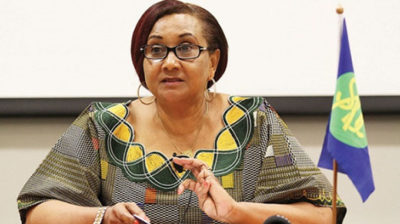 This was after Sadc executive secretary Stergomena Tax sent a solidarity message for the October 25 Sadc anti-sanctions day which was observed by Zanu PF and its sympathisers.
MDC Alliance secretary for international affairs Gladys Hlatywayo questioned why Sadc chose to be mum over abductions and alleged torture of activists and citizens by the Zanu PF government.

“Sadc reiterates the call for unconditional lifting of sanctions so as to enable Zimbabwe to improve the livelihoods of her citizens and for unhindered development,” Tax wrote quoting a statement by Sadc chairperson and Mozambique President Filipe Nyusi.

Hlatywayo immediately hit back, saying: “Since August 2018, more than 50 Zimbabweans have been killed, 105 were abducted including the three MDC young women who were sexually abused by State agents. We never heard the voice of Sadc on these human rights violations. Why is it so Your Excellency?”

Sadc has been criticised by ordinary Zimbabweans, workers’ unions and members of the opposition for its deafening silence in the wake of human rights abuses in Zimbabwe.
While South Africa, the United Nations, and the African Union and several others admitted that there is a crisis and condemned the government for such acts, Sadc remained mute only to resurface in solidarity with Zanu PF.