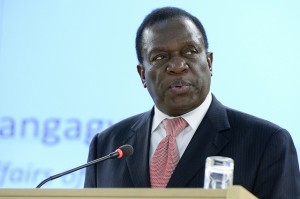 The group, which started off as a petroleum firm, before diversifying into agriculture and electricity generation, is on the market scouting for farming equipment for “comprehensive land preparation services to farmers under the command agriculture scheme”.
The equipment is meant to complete a tillage programme, according to a statement of invitation published in the national press.

Sakunda, with support from global commodities firm, Trafigura, bankrolled the command agriculture programme this season to the tune of $192 million, according to government spokesman, George Charamba, who dismissed reports that public funds had been used to support the programme.
The programme is expected to widen the budget deficit this year, particularly because of a pricing regime under which government agency, the Grain Marketing Board, will be offering prices higher than ruling market prices for grain.

Government’s maize import substitution programme has, however, largely contributed to the elimination of grain imports, which cost about $400 million last year.
The command agriculture programme is now expected to be replicated across various crops and livestock, and is being spearheaded by Vice President Emmerson Mnangagwa, who has been accused by his critics of using the programme to promote his bid to succeed President Robert Mugabe, the nonagenarian leader who has ruled Zimbabwe since 1980.

It is not exactly clear what role Sakunda is playing in this project, which also involves members of the army.
Banks are said to be negotiating funding terms with Sakunda instead of government.
Finance and Economic Development Minister, Patrick Chinamasa, said last month that the Ministry of Agriculture, Mechanisation and Irrigation Development was administering funds for command agriculture, with recoveries maintained at the State-owned Agribank.

Yet Sakunda insists it is the one working with CBZ, Ecobank and Barclays to provide the funding.
“In fact, input suppliers and other service providers were invoicing Sakunda under command agriculture,” a government source said.

So far, $487 million has been raised to fund the 2017/18 agricultural season, with inputs distribution expected to have started last week. This support is said to be coming from the three banks working with Sakunda.

Command agriculture will take up to $334 million of the amount that has been raised, while a presidential input support scheme will get $153 million.
Government is targeting to put more hectarage under command agriculture than the 1 875 297 hectares planted during the 2016/17 season.

“Government is replicating the special maize production programme by extending it to other crops, such as wheat and soya beans, as well as the livestock sector,” said Chinamasa, referring to command agriculture.
“Starting with the 2017/18 agricultural season, command maize, command wheat, command livestock, command fisheries and command wildlife will, therefore, be unveiled at a total cost of US$334 million,” said Chinamasa.

He said this would be complemented with the presidential input scheme at $153,1 million to cater for about 1,8 million rural households.

Chinamasa said the interventions have created a case for more support to farming.
“Already, positive results are evident, with this year’s strong recovery of agriculture estimated to yield a commendable 21,6 percent growth realisation for 2017,” he said.