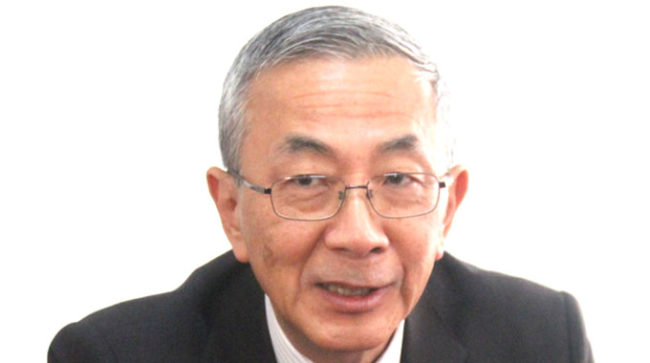 Speaking at the signing of the exchange of notes for the programme, Finance minister Mthuli Ncube said the initiative would help reduce infant mortality rate as well as provide healthcare to mothers and their children.

He said government had set up a plan that would see proper documentation of the urgent needs at the children’s hospital.

“The intervention by the government of Japan is in line with our national priorities as enunciated in the Transitional Stabilisation Programme (TSP). The project also assists in achieving Social Development Goal number 3, which focuses on good healthcare and well-being,” Ncube said.

“I am pleased to advise that government has committed itself to a 90-day rapid plan, which will look into the urgent and immediate requirements of Harare Hospital through an allocation amounting to US$5 million.”
He applauded Japan for its continued support in complementing government’s efforts to provide and improve healthcare delivery in Zimbabwe.

Japan’s assistance to Harare Children’s Hospital dates back to 1998 with the construction of Harare Hospital Paediatric Unit/Harare Children’s Hospital, which it co-founded and equipped together with the Canadian government.
Japan, through JICA, is also currently providing technical assistance to the hospital staff to ensure efficient management of the hospital and a cleanly organised environment.

Japanese ambassador to Zimbabwe, Toshiyuki Iwado said his government prioritised the health sector in its strategy of development co-operation with Africa and Zimbabwe.

“Japan is also determined to improve access to primary healthcare for three million people in Africa. And for Zimbabwe to achieve further development in a sustainable manner, the strengthening of the health sector is vitally important.”

Iwado bemoaned the deteriorating standards in the country’s health sector.

“Zimbabwe used to have a well-established health sector, through its well-organised hospitals like Harare Children’s Hospital. However, it goes without saying that in recent years, those high standards have become compromised,” he said.

The hospital is set to receive medical equipment ranging from an X-ray system, bedside CCU monitors, an ultrasound scope, operation and examination equipment, among others.