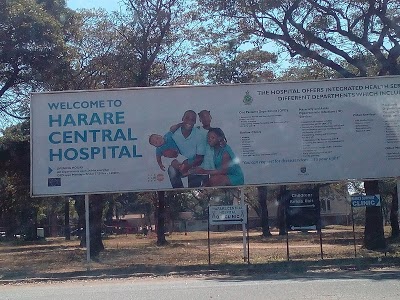 The committee, which is chaired by Ruth Labode, was investigating reports of deteriorating state of healthcare, conditions of service of medical personnel, as well as lack of equipment and essentials at the country’s public health institutions.

Sally Mugabe Central Hospital chief executive officer (CEO) Tinashe Dhobi yesterday confirmed that the 1 200-bed hospital was now operating at around 45% capacity compared to the 70% of a few months ago.
The hospital was severely affected by a strike by doctors which began in September last year, while lack of water and high consultation fees have also resulted in deterioration of services.

“Besides those who are admitted at the hospital, which is around 700 patients, we see 1 700 patients in casualty and after the industrial action some departments are about to open.”

Dhobi told MPs that around 1 500 maternity cases used to be handled by the hospital per month, but these have now declined to an average 400 cases.

The hospital is also underfunded, and has severe water problems which has resulted in only four theatres out of 15 working. It is also straddled with a debt of $32 million.

The hospital CEO was, however, at loggerheads with MPs after he responded to their questions evasively and in an antagonistic manner resulting in the committee warning him that Parliament had powers to charge him with contempt.
Dhobbi also downplayed some issues that specialist doctors were raising at the hospital, which included lack of equipment and that most theatres were not in working condition.

Deputy Health Minister John Mangwiro who was present during the tour assured MPs that the Health Minister Obadiah Moyo had lobbied Treasury to ensure 700 more nurses are employed to ease staffing problems at State hospitals.
Meanwhile, the continued flexi-hour arrangement by nurses has been cited as dentrimental to the country’s already sickening health system.

Nurses continue to report for duty twice a week leaving a lot of work uncompleted, posing a threat to patients who need their undistracted attention.

“We haven’t changed, the two-day working week system is still in place. We haven’t received any communication on changes to the effect,” said a nurse at Parirenyatwa hospital who spoke on condition of anonymity.
Some of the doctors on duty acknowledged that there was a crisis that has been brought about by the flexi-system.

Nurses went on a strike in November and only came back after the introduction of the flexi-hours system.

Another visit by NewsDay to Rutsanana clinic in Glen Norah showed that nurses were working, with three of them administering immunisation care to infants with a number of mothers queuing for the service.

“This is the second time I am bringing my baby for immunisation and we have been attended to. Around October and November things were different because we could not get the services with nurses being said to be on strike,” said Stella Tingindi from Glen Norah.