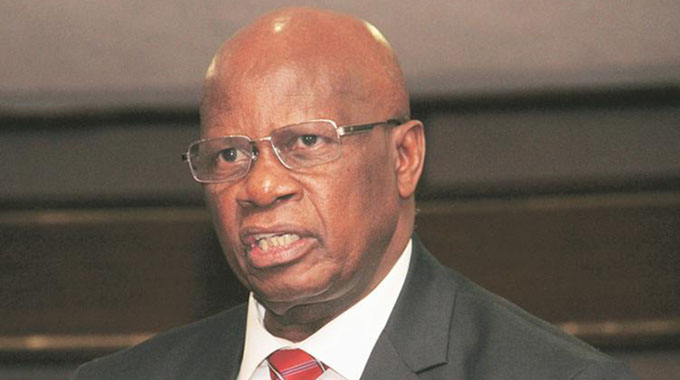 ILLEGAL sanctions imposed on the country by some Western nations are fuelling corruption as they have incapacitated both Government and the private sector from providing competitive salaries therefore leaving workers susceptible to the pervasive vice, Zanu PF acting spokesperson, Cde Patrick Chinamasa said.

Addressing a Press conference at the governing party’s headquarters in Harare yesterday, Cde Chinamasa said there was a clear link between corruption and the illegal sanctions imposed by some Western nations as punishment for embarking on the land reform programme.

“There is a relationship between sanctions and corruption, whereupon due to incapacity of Government or the private sector to provide competitive salaries in the region, workers end up engaging in acts of corruption to supplement what they get which is however, unfortunate.

“The illegal sanctions have affected our economy and continuously affect the value of our currency and consequently our returns. Again, due to sanctions our institutions mandated to fight corruption have been incapacitated to investigate swiftly both local and external cases,” said Cde Chinamasa.

The illegal sanctions that manifested themselves as financial, trade, cultural, academic, sport embargoes, diplomatic isolation, travel bans, freezing of financial accounts of the national leadership have cost the country more than US$42 billion since 2001. However, the United States, which still maintains the illegal sanctions has been trying to hide behind a finger by claiming that the sanctions do not hurt ordinary Zimbabweans.

“It is for this reason that we implore and remind comrades in the media of their patriotic duty to report on corruption and call upon the removal of sanctions, the twin evils that are haunting our society. On a daily basis we hear comrades in the media echoing the US Ambassador’s fake news narrative that Zimbabwean problems are a result of corruption and not sanctions.

“If sanctions were not meant to and are not affecting our economy, why have successive administrations in these countries and the US in particular kept these sanctions. For leisure or for fun?” asked Cde Chinamasa rhetorically as he reiterated the call for the unconditional removal of the illegal sanctions.

The revolutionary party’s acting spokesperson added that the media should play a leading role in exposing corruption which is a threat to the nation Vision 2030 to become a middle class economy.

“Zanu PF in 2018 earmarked the fight against corruption as one of its key deliverables and to achieve that President ED Mnangagwa declared a zero tolerance to corruption towards building a corruption free society,” he said.

With the fight against corruption a key priority, Cde Chinamasa said the media was a key ally in the fight against the cancerous vice that is ubiquitous, which also rampant in churches and the civil society organisations.

He, however, said the media should be wary of being used to drive political agendas but must remain “frank and objective” and apply the highest standards of investigative journalism to unravel the intricacies inherent in corruption cases.