Sanctions not solely to blame for Zim problems: UN 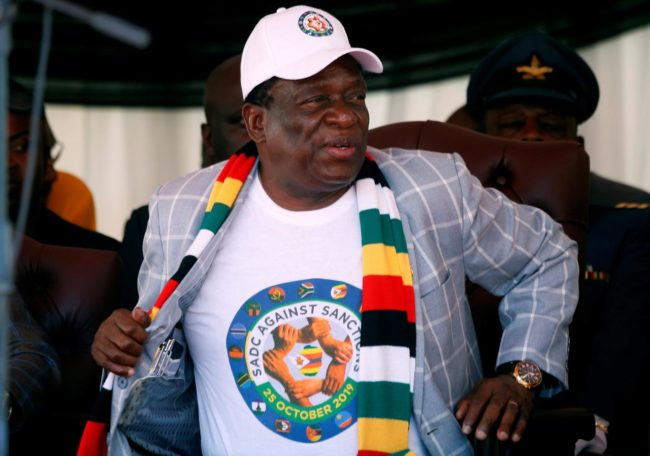 PRESIDENT of the United Nations (UN) General Assembly Tijjani Muhammad-Bande says Zimbabwe has struggled to deal with its problems and that sanctions were not solely to blame.

BY TATIRA ZWINOIRA, at the United Nations Headquarters in New York, USA

This comes as the Zimbabwe government has ramped up efforts to get the United States to remove its targeted sanctions on 144 individuals and companies which the former has blamed for the country’s deteriorating economic state.

Of those 144 targeted on sanctions 141 are listed in the Zimbabwe Democracy and Economic Recovery Act passed by the United States government. The other three — namely Zimbabwe’s ambassador to Tanzanian Anselem Nhamo Sanyatwe, his wife Chido Machona and State Security minister, Owen Ncube — were only added to the sanctions list this year.

“I happen to know the country as well as an outsider can, but I do know the country. Zimbabwe has struggled to address its issues and it is not really blaming just one thing but it’s one factor which it wishes was taken off the table to allow it to make more progress,” Muhammad-Bande told NewsDay in an exclusive interview at the UN headquarters in New York on Tuesday.

“The President of Zimbabwe (Emmerson Mnangagwa) has been here himself and in the AU (African Union) Zimbabwe is playing a very important role. What we need to do is to encourage that openness and address the problems of the economy.”

Since the removal of the late former President, Robert Mugabe, through a military-backed coup that installed incumbent, Mnangagwa, in November 2017, both the economic and political situation in Zimbabwe has continued to deteriorate.

While the political situation has deteriorated due to the disputed July 2018 elections, the failing economic state of Zimbabwe has mostly been blamed on the United States targeted sanctions by the Mnangagwa-led administration.

Government has over the last few months secured Sadc support in calling for the removal of the sanctions and declared October 25 anti-sanctions day in a bid to pressure the United States to remove the targeted sanctions.

This resulted in a statement by the United States ambassador, Brian Nichols, explaining that it was rather documented cases of corruption to blame for Zimbabwe’s failing growth and not targeted sanctions.

However, the move caused Foreign Affairs and International Trade minister Sibusiso Moyo to issue a statement threatening to expel Nichols.

“Mugabe played his role in the country and made his mistakes but even at the very last and till this day there is a conversation,” Muhammad-Bande said.

“I think you have to get out of this idealistic notion that there are some countries that have it all right or one country that has it all wrong. The economic crisis has been deep and you know the movement of people.”

The post Sanctions not solely to blame for Zim problems: UN appeared first on NewsDay Zimbabwe.