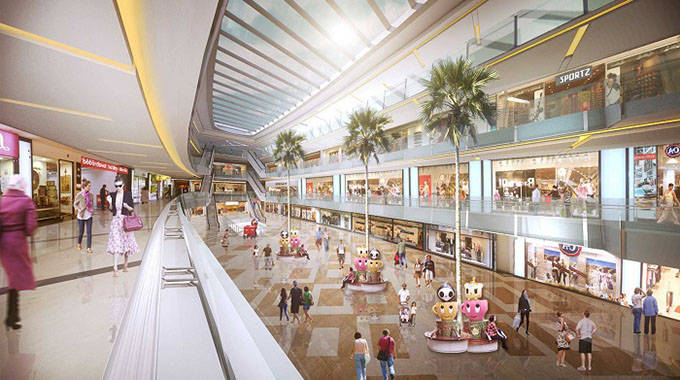 ZPI managing director Edson Muvingi, indicated by telephone that the mall, which was initially scheduled for official opening last year, would be commissioned in the first quarter of this year.

“We will commission in February,” he said.

The US$13 million Sawanga Mall opened its doors last year and has made significant contributions to the group’s rental income for the half-year to June 30, 2019, at a time the real estate sector has been subdued to economic volatility.

Although it had opened doors a few months to end of the half-year, the mall’s performance had exceeded expectations.

Meanwhile, in the nine months to September 30, 2019, ZPI’s rental income doubled to $3,2 million compared to $1,6 million achieved in the same period in the prior year.

Stand sales realised positive revenue growth to $2,93 million against $0,46 million in the same period the prior year.

The company also achieved an operating profit of $5,91 million for the nine months under review as voids declined to 22 per cent from 28 per cent in the comparable prior-year period. New lettings were also achieved during the quarter which, together with continuous space reconfiguration resulted in an improved voids situation.

“Demand for real estate products declined during the period under review due to the tight liquidity situation and waning consumer purchasing power.

“Rental revenue declined in real terms and debtors remained a major problem for the business as the general economic environment increased overall tenant default risk. Building costs escalated driven by the price increases witnessed in the market,” said Zhou in a statement accompanying the trading update.

He added the company would continue implementing projects that add value for shareholders, for instance the Sawanga Mall and a student accommodation facility — Nicoz House in Bulawayo were already contributing to its revenues.

While the economic environment is expected to remain uncertain in the near future, ZPI indicated its thrust will be on preserving value for shareholders and surviving the turbulent environment.

“Over the years, the company has acquired a number of strategic pieces of land, which provide a springboard for future growth and from which a number of projects will be launched in 2020,” said Zhou.