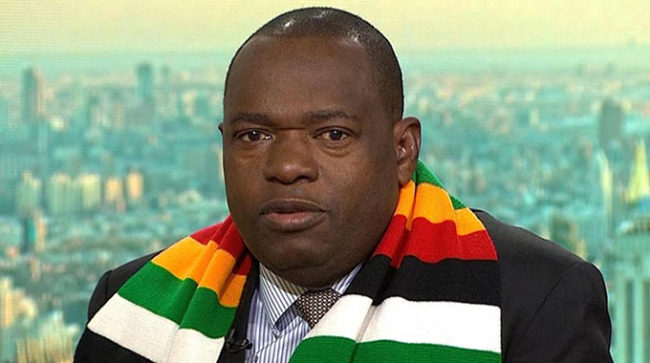 Foreign Affairs minister Sibusiso Moyo has again ruled out the use of external mediators to resolve the political and economic crises in the country, saying Zimbabweans must be allowed and afforded the space to find one another.

Referring to opposition MDC leader Nelson Chamisa while addressing diplomats accredited to Zimbabwe at the annual diplomatic reception on Wednesday, Moyo said some “stubborn” people were refusing to accepting the outcome of the 2018 elections won by President Emmerson Mnangagwa.

“Some openly call for rolling out of mass action, even violent protests in order to oust a democratically-elected government,” he said.

“Some stubbornly refuse to accept the outcome of the 2018 election; refuse to lend themselves or their ideas to the national dialogue process initiated by the President. Some continue to call for sanctions and the diplomatic isolation of their own country, believing that only external mediation can heal the deep polarisation which continues to afflict our nation and our people.

“We believe that Zimbabweans must be allowed, encouraged and afforded the space to find one another, by themselves. Your excellences, you have an important role to play in this regard and we look to you to bring your undoubted influence to bear towards that objective.”

Moyo alleged there were elements within society who sought to exploit the collateral damage done by the current drought and natural challenges and by fair or foul means, they mobilise, encourage and provoke unrest across the country.

He urged the diplomats to dialogue with the government and to be open and candid and criticise where warranted, but also to acknowledge progress, effort and underlying commitment where that is patently clear.

“We are all diplomats no matter the situation and whatever disagreements we may have along the way, dialogue must always continue. Doors must always remain open. We must be open and candid with one another. Criticise where criticism is warranted,” Moyo said.

Dean of African diplomats and Democratic Republic of Congo ambassador to Zimbabwe, Mawampanga Mwana Nanga, urged Zimbabwe to dump the re-engagement process with the West and focus on Africa and other friendly nations who have been with them for decades.

“My request for you, Zimbabwe, is not to put too much effort on the handful of countries which do not want to re-engage with you and focus on those that have been with you for decades,” Mwana Nanga said.

“But what I know is that the people of those countries have remained engaged with you and it’s important that the Zimbabwe government recognises that the engagements of the real people on the ground that have been with you for decades are important.”