‘Scare tactics will not work’ 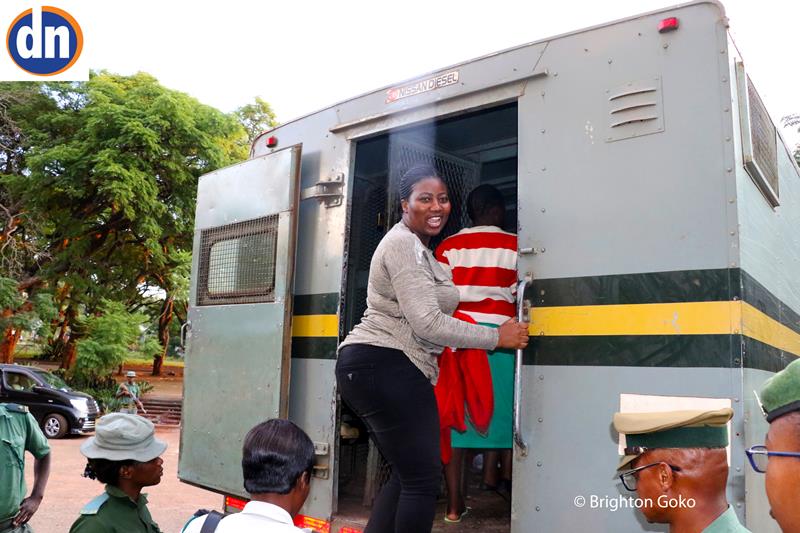 The continued clampdown and arbitrary arrest of civic leaders and opposition Members of Parliament in the aftermath of the January 14 to 16 stay-away called by the Zimbabwe Congress of Trade Unions (ZCTU) to protest escalating prices will strengthen the resolve of the intended targets and their supporters, analysts contend.

Police have targeted at least a dozen MDC MPs, political activities and leaders of labour unions accused of inciting the anti-government protests which turned violent in some areas.

They are accused of attempting to overthrow the government through unconstitutional means.

MP for Harare East Constituency, Tendai Biti recently told Parliament that since August 12 last year, 12 MPs from his party have been arrested on various charges.

The ZCTU alleges that State security agents have been pouncing on perceived opponents at the instigation of President Emmerson Mnangagwa after he was quoted at a Zanu PF rally saying; “we will sort them out”.

“Such words are unacceptable coming from the Head of State who is supposed to be a unifier,” said the labour body.

“The ZCTU is worried that this ‘New Dispensation’ has become more dangerous than the notorious racist Rhodesian regime of Ian Smith. It has become too paranoid that it is even afraid of its own shadows,” the union said in a statement.

ZCTU said the State action is contrary to the Constitution which guarantees freedom of expression.

“The ZCTU demands an environment conducive for freedom of expression and where every Zimbabwean can discharge his or her duties without fear of being arrested. We also demand that the government addresses issues that led to the 14 January 2019 stay away.”

Analyst Rashweat Mukundu believes that there is a pattern of wanting to instil fear and cower the opposition, civic and labour leaders by not only charging them with ridiculous allegations but also sentencing protesters to ridiculous years in prison.

“This is a collusion of the party, government, judiciary and the security services which demonstrate that our judiciary is not independent but acts on instructions from Zanu PF.”

Social analyst Lenox Mhlanga believes such a strategy is self-defeating and akin to shooting oneself in the foot.

“Such scare tactics will only serve to strengthen the resolve of the intended targets and their supporters. It will generate empathy for the victims and disdain for the perpetrators,” said Mhlanga.

Political analyst Vivid Gwede said intimidation will not work because it is short-lived and people will find their voices again.

“But it is worrying though that people appear to be targeted based on their very legal activities such as civic leaders. The Constitution of Zimbabwe does not criminalise that, but encourages civic participation. In fact, it does not criminalise having different views to the government of the day because that is a democratic right,” said Gwede.

ZIPP president Blessing Kasiyamhuru said government must focus on fixing the problem not the symptoms.

He said: “As long as real issues are not addressed, it won’t prevent others from rising again, you can actually harden them worse.”

Human rights lawyer Dewa Mavhunga said the State crackdown on civil society and opposition leaders reflect a massive erosion of the rule of law and persecution through prosecution.

“Even if the courts eventually go through the trumped up charges, these leaders would have already suffered injustice of being arbitrarily arrested, detained, and taken through sham and expensive court processes.

“The Zimbabwe government ought to know that respect for the rule is a key pillar essential to political stability and to creating a conducive environment for investment and economic revival,” said Mavhunga.

He added that this mindless crackdown will not work, it is counterproductive and will undermine Zimbabwe’s efforts at international reengagement.

Lawyer and politician Obert Gutu said Section 59 of the Constitution clearly and unequivocally provides that every person has the right to demonstrate and to present petitions, but these rights must be exercised peacefully.

“For as long as Zimbabweans demonstrate peacefully, I honestly don’t foresee any situation whereby the State will, willy-nilly, persecute them and arrest them simply because they have peacefully demonstrated. That, of course, would be absolutely unreasonable and unconscionable.

“The trick is for demonstrators to play a smart game and to abide by the dictates of the supreme law of the land. There is no country in the world that will tolerate violent demonstrations that will lead to destruction of property and loss of innocent lives.”

He added that we have got to strike a balance here. “The rule of law dictates that all matters that are brought before the courts should be adjudicated upon expeditiously and impartially. It is not the responsibility of any one (no matter how powerful and/or aggrieved they might be), to dictate to the courts of law how matters that are brought before them should be handled.”