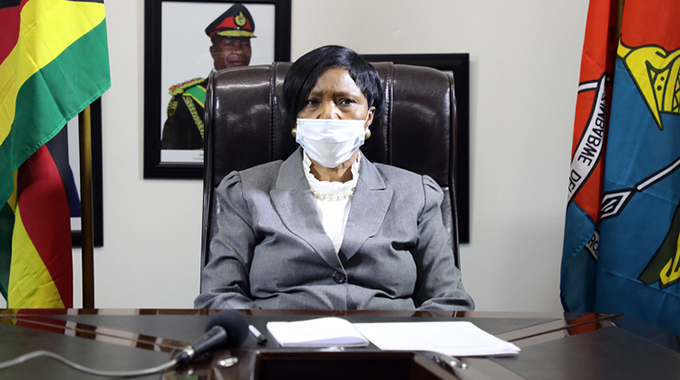 John Tallach Secondary School in Matabeleland North has been closed after 100 pupils and an undisclosed number of teachers tested positive to Covid-19, with the school now a quarantine centre with all contacts being traced.

So far, 73 pupils who tested positive are asymptomatic while the remaining 27 have mild symptoms.

“The Matabeleland North Covid-19 response team, with the support of the Ministry of Health and Child Care structures, successfully handled the cases of six female learners reported to have tested positive at a boarding school, John Tallach, in the province. However, the situation further developed on Friday November 13 when further tests of 105 samples confirmed a further 38 Covid-19 positive cases and the Ministry of Health and Child Care is assisting the Ministry of Primary and Secondary Education to implement the necessary containment measures,” Minister Muchinguri-Kashiri said.

“After we received this report, Cabinet resolved and directed that where we are faced with this situation, the school must be closed immediately and we must make sure that as opposed to rapid tests, we must resort to PCR so we get the correct scientific result. The situation is now under control in the hands of appropriate authorities,” she said.

Primary and Secondary Education Minister, Cain Mathema, told the same briefing that pupils in examination classes will be assisted to ensure that they write their examinations.

Schools re-opened on September 28 after they were closed in March to stop the spread of Covid-19.

Examination classes were the first to be re-admitted with Grade Six, Form Three and Form Five returning on October 26. The rest of the classes re-opened on November 9.

The recording of Covid-19 cases came as Government said it had noted with concern that there has been an increase in positive cases in the country over the past two weeks.

To ensure that schools do not become centres for the spread of the virus, Cabinet has since resolved that when positive cases are suspected at learning institutions that do not have adequate testing facilities, the schools should be immediately closed in order to allow for testing of all pupils and only those who test negative return to school.

Schools with adequate facilities may continue lessons while testing proceeds and those who test positive are excluded.

“By Monday 100 pupils had tested positive with 73 having mild symptoms and 27 are asymptomatic. We suspect that one of the pupils who attended a funeral in South Africa might have brought the disease to the school but we continue with investigations and contact tracing,” he said.

“When the Form Four and Six students were at the school, everything was okay but soon after schools opened for Lower Six and Form Three, that is when cases started coming in. The first day they called us to come and check on five cases just as the school was preparing to receive Form Two and One learners. That forced school authorities to stop the lower grades from coming to school.”

Dr Padingani said teachers have not been spared as well, as some are infected but could not give the exact number.

“We first responded to a call from a school authority who had identified the first five learners that were not feeling well. We did send a team there who collected specimens which were sent to Mpilo. The kids were sent home because they were the only ones with symptoms. The following day the tests came positive on all of them. We communicated with the students and parents

and made a follow up to test all the contacts at home. We also started testing all who were symptomatic at school,” he added.

“The school is quarantined and police are providing security. Among the first five that we sent home, one of the pupils’ family members also tested positive. Investigations are in progress.”

He said no learning is taking place and a satellite clinic has been set up inside the school.

Learners are in different rooms, depending on their condition.

“Those who are positive are put in one place those who are sick but tested negative in another room and those who have been tested and are awaiting results in another room. We did provide medicine, PPEs and some other commodities to make sure that our clinic is well equipped with medicine so that we keep things under control,” he said.

The PMD urged the public to take the guidelines seriously to prevent Covid-19 set by Government through the Ministry of Health and Child Care.

“Covid-19 is real, let us follow the Ministry of Health and Child Care instruction of wearing facemasks, sanitising and social distancing. We managed to pick it up at school because it is a confined place where everyone is known. The difference is everyone had the possibility to be tested. If we are to test everyone in the city, we do know how many we are going to get. People are supposed to behave responsibly,” he said.

“The systems we put in place in line with the ministry guidelines implemented globally proved to be efficient as the learners who presented symptoms were quickly identified and they got medical attention,” he said.

When our Bulawayo Bureau visited the school yesterday in the afternoon, the main gate was locked.

The Village Head of Mgiqo line, where the school is located in Ntabazinduna, Mr Nhlanganiso Philip Ndaba, was unhappy that school authorities had not informed him about the positive cases in the area.