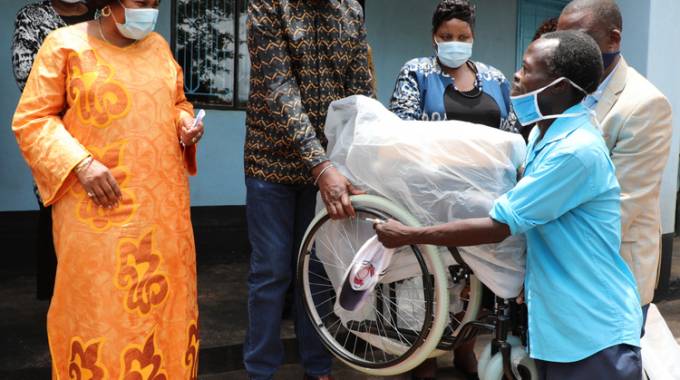 A PRIMARY school in the Vumba resort area near Mutare has been renamed after the late national hero, Vice President Dr Joshua Nkomo.

Vice President Kembo Mohadi announced the renaming of the school, which was formerly known as Excelsior Primary School, yesterday when he officiated at a handover ceremony of a refurbished classroom block at the school.

VP Mohadi, who is board chairman for the Development Trust of Zimbabwe (DTZ) which financed the refurbishment, said names of learning institutions that were inherited from the colonial era have no significance today.

“We are renaming this school after the liberation war icon and Father Zimbabwe, the late Cde Joshua Nkomo,” said the Vice President.

“The renaming of the school becomes part of a broader initiative meant to restore pride in our identity and history as well as celebrate the life of our leaders both the living and departed.”

He said authorities will strive to rename education institutions to honour the country’s national heroes and nationalists from the region.

Vice President Mohadi chairs the Cabinet Committee on State Occasions, Social Services and Poverty Reduction and National Peace and Reconciliation which, among other roles, oversees the renaming of institutions with colonial era names.

Nuanetsi Estates board chairperson Mr Solomon Mutasa said: “When we came to start work here there was nothing.

“We are happy with the progress we have made over the years.

“We are grateful for the support we have received from His Excellency the President, Cde Mnangagwa, who is patron for DTZ as well as our chairman VP Mohadi.

“We have no doubt that we will continue making commendable strides in developing this area.”