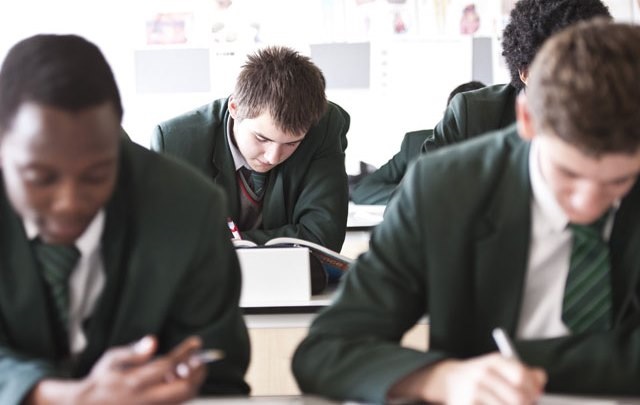 HARARE – School uniform prices have gone up by as much as 440 percent, depriving most parents and guardians of the cheer normally associated with the forthcoming festive season.

With the year drawing to an end, it is highly unlikely that families would have excess cash to spend on firecrackers and other luxuries that brighten the Christmas and New Year holidays.

Every little resource is likely to go towards the payment of school fees and acquiring uniforms, whose prices are now beyond the reach of many.

This means that prices for those buyers using the bond or Real Time Gross Settlement (RTGS) transfer would be at the ruling parallel market exchange rate, which fetches a huge premium.

School blazers which used to cost around $50 at the beginning of the year now cost between $170 and $270 (bond notes or RTGS), according to the survey.

Those with access to US dollars are paying between $60 and $90 for the same product.

On the other hand, boys’ uniforms that were priced at $25 previously are now fetching around US$30, with the bond or RTGS price ranging from $70 to $85, also depending on size.

While school shoes were nowhere to be found in most outlets, the popular Toughies brand, manufactured by Bata, was going for $110 (bond notes and RTGS) from $35 at the beginning of the year.

Tied to this development are increases in the price of other learning materials such as stationery.

There are also ongoing discussions in schools to increase fees for the coming term while also asking parents and guardians to top up fees for this third term.

Confederation of Zimbabwe Retailers (CZR) president Denford Mutashu told the Daily News that sourcing of foreign currency on the parallel market is triggering the price hikes because it attracts a huge premium.

“The challenge is unavailability of the uniform material in the country and manufacturers have to import, which requires foreign currency,” said Mutashu.

“However, CZR calls for responsible pricing and for retailers not to overcharge despite them sourcing forex from parallel market, because consumers can also buy from outside of the borders,” he added.