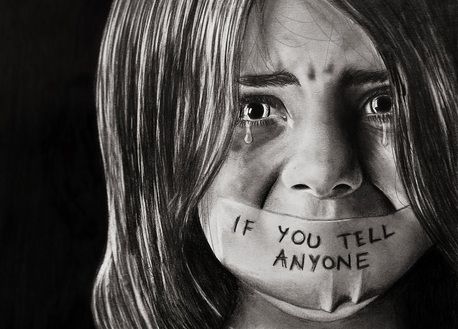 LONG back, parents and guardians used not to worry at all about the safety of their children the moment they entered the school yard.

That narrative seems to be changing.
Undermining the goodwill parents used to have in teachers is the increasing spate of sexual abuse in schools.

Last week, the country was shaken by reports of teachers who allegedly sexually assaulted learners at Monte Cassino in Macheke, with the school attempting to sweep the abuse under the carpet.

About 150 students from the elite boarding school lodged a police report alleging sexual abuse by teachers dating months back.
The girls walked six kilometres to
the nearest police station to file the report after the school handled the matter internally instead of reporting it to the police.

The matter is currently being investigated by the ministry of Primary and Secondary Education while police have also been dispatched to the school to investigate.

Also this month, a 51-year-old teacher at a school in Gwanda was sentenced to an effective 17 years in jail for raping his Grade 7 pupil several times before impregnating her.

He would rape the pupil in the classroom while her classmates were playing outside during break time and would threaten to assault the student with a sjambok — which he used as a weapon to administer corporal punishment on the students — when she tried to scream for help.

The teacher also used to threaten to assault the pupil against revealing the matter to anyone.
Another teacher was also sentenced to 15 months in jail after he was convicted of fondling a Grade 6 pupil.

The teacher committed the offence in September last year when he called the student to his classroom and ordered her to pack his bread in a plastic bag stashed in the storeroom, before following the juvenile and fondling her.

The Harare teacher was, however, spared from a custodial sentence after the magistrate suspended seven months of the sentence on good behaviour while the remaining eight months were further suspended on condition that he commits 280 hours of community service at High Glen Police Station in the capital.

In December last year, a Fatima High School teacher allegedly fondled four deaf and blind pupils before raping them for over two months.

Raymond Chipunza, who is on remand, allegedly violated the pupils aged between 13 and 17 when he had taken them for an auditory training session.

These cases are just the tip of the iceberg as there are more cases of sexual misconduct that remain unreported.
More and more teachers are preying on schoolchildren, subjecting them to various forms of abuse, including sexual abuse.

And it’s breaking the hearts of parents, who would have placed the teachers in loco parentis, assuming they are role models by virtue of their profession.

Such cases beg the question; how safe are the children who have been entrusted to the care of teachers when they face the risk of sexual abuse?

Zimbabwe Teachers Association (Zimta) secretary-general Tapson Sibanda said the association condemns in strongest terms any forms of abuse perpetrated by their members against learners.
Sibanda noted with concern that among the number of complaints the union receives, sexual abuse cases top the list.

“Zimta receives numerous cases of sexual abuse by teachers. Among cases that we deal with, sexual abuse of pupils comes top. Zimta does not condone in any way such behaviour,” Siwbanda said.

However, Sibanda said Zimta has no locus standi to discipline teachers, saying they only insist on a fair hearing.
“It is the mandate of the ministry. But we are not in conflict with the ministry in dealing with such teachers, especially if the teacher is found guilty,” he said.

Progressive Teachers Union of Zimbabwe (PTUZ) secretary-general Raymond Majongwe said the sexual abuse of students by teachers was a major cause for concern.

Majongwe said the PTUZ code of conduct clearly states that while a friendly relationship between a teacher and a pupil based on mutual respect and recognition of the role the teacher plays in a learning environment, it is abuse of professional relationship for a teacher to enter into improper associations with pupils.

“We are doing serious education on young teachers to stay away from children,” Majongwe said, before referring questions to the union’s programmes officer Ladistous Zunde.
Zunde did not have any kind words for teachers who prey on children, saying they are bringing the teaching profession into disrepute.

“The sexual abuse is quite a topical issue and as a union we do not tolerate abuse of students neither do we tolerate relationships between teachers and their learners.

“In Shona, we say kudanana nemwana wechikoro kunyenga basa (falling in love with a student is akin to messing up your job) and when you do this you do not deserve to be in the profession,” Zunde said.

He challenged teachers to act as parents to learners and shield them from any forms of abuse.
“However, we have been to hearings where the evidence proved that a teacher was framed because of grudges between the teacher and school administration,” he added.

While unions are equally frustrated by these cases, what is clear is that the ministry of Primary and Secondary Education is in the throes of a crisis.

From being unable to place learners in schools on time at the beginning of the year, to crowded classrooms, overburdened, poorly-paid teachers and insufficient learning material, the ministry is clearly overwhelmed by issues deserving immediate attention.