TEACHERS yesterday remained defiant, vowing not to return to work before their salary demands were met as they also raised the red flag over rising COVID-19 cases in the country. 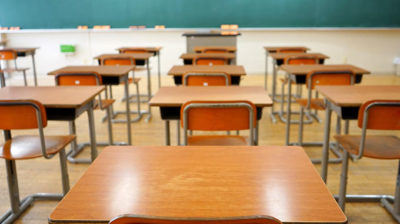 Government has insisted on reopening schools for the remaining classes — Early Childhood Development to Grade 5, as well as Forms One and Two — while keeping a tight lid on by-elections and other public gatherings, with a possibility of imposing another lockdown.

Progressive Teachers Union of Zimbabwe (PTUZ) president Takavafira Zhou said it was scary that government had ordered schools to operate 100% at a time the country was recording a surge in COVID-19 cases, including five that were confirmed at a primary school in Masvingo and another one in Bulawayo.

“We are not going to work, but what must be made clear is that teachers are not absent. They have been deliberately incapacitated by the employer,” Zhou said.

He said COVID-19 cases were rising in schools, adding that the situation was likely to get out of hand as most schools had inadequate personal protective equipment.

“I am sure you are aware now that there are several schools where students have tested positive for COVID-19 like Rujeko Primary School and a lot of other schools elsewhere. The issue of health and safety of teachers is a crucial one and so we want the government to address these issues before teachers can go back to work,” Zhou said.

“We have maintained that teachers and pupils must be tested before they go back to school and now with the coming in of infants, you can imagine what will be happening.”

A snap survey by NewsDay in Harare showed that pupils were boarding school buses without following COVID-19 protocols and without their hands being sanitised.

But Agnes Mahomwa, the chief co-ordinator for the national response to the COVID-19 pandemic in the Office of the President and Cabinet, yesterday said government had made risk assessments and concluded that pupils were better off in school than at home.

“As we have been implementing our response, we were continuously monitoring to make sure that guidelines and protocols are in place. We have also looked at researches and assessments done elsewhere, and Unicef has helped us in that area in balancing the act to say what more damage can we do by not allowing learners to go back to school versus the risk of COVID-19, and it has been very clear that you can actually do more damage when you don’t allow the learners to go back to school,” she said.

“But what we have to make sure is that when they go back to school, you guard and make sure all the guidelines and processes are being adhered to,” she said.

She, however, could not be drawn to explain how the guidelines and protocols would be enforced in the absence of teachers.

Labour minister Paul Mavima admitted in Senate last week that the majority of teachers were not reporting for duty, adding that government had no capacity to pay the United States dollar-based salaries they were demanding. Government has also threatened to dock striking teachers’ salaries.

“Yes, there is a challenge in schools. Teachers are not reporting for work. Most of the children are not learning and we have seen the bad behaviour of children because of the absence of teachers,” Mavima said.

The minister continued: “What I was thinking is that the government has shown sincerity, it has shown concern for teachers. I think they should go back to schools and we will still continue engaging while they are imparting education to our children so that we do not go back, but they are saying they want US$540 as minimum for teachers.

“There is no way we can give teachers US$540 or its equivalent without offsetting that stability. We will go back into inflation. So what is needed are dedicated teachers, Zimbabweans who are patriotic, who see where our economy is going so that they go back to work and the government will continue negotiating with them and we will increase their salaries as we go on,” Mavima said.

Teachers are currently earning the equivalent of US$40 after their earnings were eroded by inflation.

Chairperson of the Parliamentary Portfolio Committee on Primary and Secondary Education Priscilla Misihairabwi-Mushonga said stakeholders had agreed that schools could open only when it was safe to do so.

“The general position of the committee has not changed and that is to say we want schools to remain safe for children. It is entirely up to government to ensure schools are a safe environment for them. Our position will be that until they can be able to ensure it is safe to do so, kids cannot go back to school,” she said.

Both Primary and Secondary Education minister Cain Mathema and his deputy Edgar Moyo were not reachable for comment.