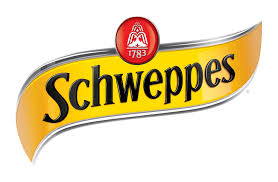 Schweppes Zimbabwe (Pvt) Ltd has lost a R247 million lawsuit against a South African packaging company in a case in which the beverage producer was seeking to invoke exchange control regulations as a way out of a contractual obligation.

Schweppes and the South African company Blakey Investments in May 2018 entered into a deal in terms of which Schweppes would buy packaging material in agreed quantities from Blakey at agreed prices.

The deal was varied on several occasions with the last variation being in March 2019 in which the parties agreed to review minimum quantities of the shrink wraps to be supplied as well as pricing. Along the way, Schweppes issued summons against Blakey seeking to nullify the agreement, arguing that both parties violated the exchange control regulations in that they entered into the supply chain agreement before both of them obtained the exchange control approval prior to executing the agreement.

In this regard, Schweppes claimed the deal was invalid and unenforceable.

The beverages company took the position that before any obligation to make a payment outside Zimbabwe is incurred, there should be exchange control authority obtained.

But Blakey averred that it was not required to obtain such authority, adding that the Schweppes in any event warranted that it had obtained all approvals and authorities required to enter into the agreement so as to give it legal force.

It disputed that the agreement was concluded without prior exchange control approval.

It further referred the court to a clause of the agreement where Schweppes gave a number of warranties on matters which relate to the legality of the transaction.

After hearing arguments from both parties’ legal counsel, Justice Tawanda Chitapi found no merit in the Schweppes lawsuit and dismissed it with costs.

In his ruling, Justice Chitapi found that a party to a contract should not be allowed to seek to invoke exchange control regulations as a way out of an obligation and where that party seeks to do so there must be cogent evidence to show that the law was contravened.

“Accordingly, the plaintiff has not made out a case for the issue of the declaratur as sought,” he said. “It is ordered that the application by Schweppes be and is hereby dismissed with costs.”

Justice Chitapi said in view of the definitions of exchange control authority, it was necessary, in his view, for Schweppes to lead evidence on how the provisions of the cited law applied in practice.

“Ordinarily, it ought to have been the exchange control authority which should have raised the red flag on the legality of the agreements,” he said.

“The plaintiff did not explain how it allegedly made previous payments through its bankers without exchange control approval. That being the case, it could not be said that the plaintiff did not have exchange control approval without the defendant having been shown to have nominated an account outside the country and directed that payments be directed into that account.”

Justice Chitapi said the obligation to pay into that account would not arise unless instructions for payment were given, finding that Schweppes failed to lead evidence from the then supply chain director to establish that there was no exchange control approval.

To this end, he found that Schweppes wanted the court to decide an academic issue on whether or not the agreement contravened exchange control regulations based on assumptions.

He found that the relief sought would be contrary to public policy if issued because the parties were agreed that there was ongoing arbitration and court proceedings in South Africa and that the agreements were subject of those judicial processes.

“To grant the declaration even if a case had been made for the declaratur would render ongoing judicial processes academic,” said Justice Chitapi, expressing the view that it was not in the interests of justice to exercise the court’s decision in favour of issuing the declaratur in the circumstances of the case.