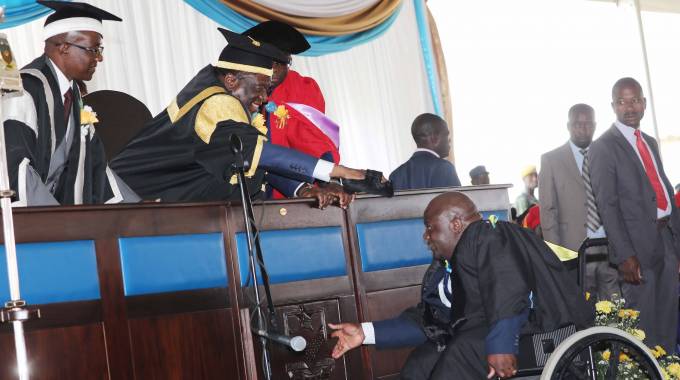 In his remarks while presiding over Bindura University of Science Education (BUSE)’s 18th graduation ceremony in Bindura yesterday, the President said technological innovation would underpin the country’s endeavour to industrialise and create a prosperous economy.

He capped 1 920 graduates. BUSE was encouraged to vigorously champion science education by producing “problem-solvers and life-changers” that could drive the country’s industrialisation and modernisation.

“It is Government’s expectation that graduates from the Bindura university become cadres and champions who ignite and propel our modernisation, technology and industrial revolution.

“It is through the graduates that come from here that our national skills, competencies and capabilities in sciences will be strengthened and enhanced,” he said.

There was need for BUSE, he added, to advance the Education 5.0 model, which promotes practical solutions for development.

“The ongoing thrust of the new Education 5.0 model must give impetus to this university to consolidate its position as a centre of excellence in science education.

“Indeed this institution has the weighty obligation to churn out educators who are the bedrock and foundation of science, technology, engineering and innovation education revolution,” he said.

He exhorted BUSE to take its place as one of the key contributors to the country’s industrial development.

“In the context of the Fourth Industrial Revolution, science, technology and innovation are at the core of the peace, governance and security architecture. As such, science transcends every sector of our social and economic spectrum. To this end, the university is challenged to correctly situate itself as a key contributor to the speedy attainment of the modernisation and industrialisation agenda, as well as Vision 2030.”

The university has a strategic role to train science education experts that will lead the way in proffering solutions for industrialisation and innovative development.

“On its part, Bindura University of Science Education must, therefore, ensure a reliable and consistent supply of such educators.

“The modernisation, technology and industrial revolution of the Second Republic is like a relay race, where every runner is important. Hence, this institution must recognise its position in the relay, and run its own part of the race, never losing momentum.”

The President said national development programmes such as devolution could gain impetus by harnessing skills and competencies of institutions such as BUSE.

“As we accelerate the implementation of devolution, our provinces and districts should be deliberate and systematic in the identification, training, recruitment and nurturing of critical science corps of educators, who will drive the inculcation of scientific and innovative mindsets, from the ward level, upwards.” 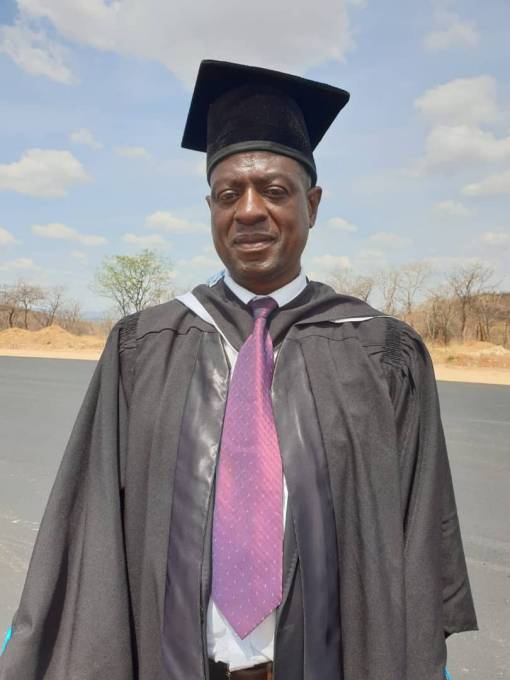 “The redesign of the HTE (higher and tertiary education) system from Education 3.0 to a heritage-based education will leapfrog Zimbabwe in all aspects.

“Your guidance and counsel on HTE will make Zimbabwe blast our way through to industrialisation.”

The university, he said, would, in addition to establishing an industrial park, lead a project to revise the country’s agro-ecological zones.

Professor Mwenje also revealed that one of the university’s Professors had won an international accolade.

“It is also with great joy your Excellency and Chancellor that we announce that one of Zimbabwe’s leading climate scientists and Executive Dean of the Faculty of Science and Engineering, Prof Doug Manatsa, won a global prize for his distinguished research on climate change.”

Another award for the university was the Building Opportunities on Student Talent BOOST Enactus accolade for a project that had the most impact on the community.

However, the team was denied visas to represent the country at world competitions held in the Silicon Valley, United States.

Professor Mwenje said the university was eager to engage in partnerships with potential investors, particularly infrastructure projects, as up to 5 000 students at the institution were in need of accommodation.

Of the 1 920 graduates, 1115 attained first degrees, 513 were awarded with diplomas,  247 were awarded Master Degrees, while 45 received post-graduate diplomas.

Forty-eight percent of the graduates were female.