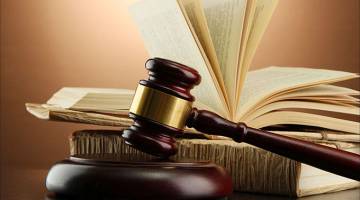 POLICE have intensified the search for a top Defence ministry official, Danison Muvandi, who is on the run after allegedly swindling government of $306 135 in a cleaning service scam.

Manokore told magistrate Hosea Mujaya that the police had arrested three suspects, Muchakadzi, Madondo and Laxwell Ngara and their trial date would be decided after the arrest of Muvandi.

Allegations are that from March to June 2019, Ngara connived with Muvandi, Muchakazi and Madondo and misrepresented to their superiors that the Defence ministry had received cleaning services from Maids on Wheels (Pvt) Limited.

They allegedly manufactured receipts purporting Maids on Wheels rendered cleaning services on different dates and all the fake invoices added up to $306 135.

The State alleges the trio sourced five fake invoices with a total value of $306 135 and originated minutes dated June 19, 2019 addressed to the finance and human resources director, Muvandi, who is the owner and signatory to the Maids on Wheels bank account.

The accused persons then allegedly attached the five invoices to the minutes with instructions for the payment without attaching the required award-of-tender letter specifying the job done and signed by the chairman of the procurement management unit.

It is alleged on June 20, 2019, the trio then took a payment request form to the chief accountant, who processed the payment.

Investigations revealed that no requisition was raised by the procurement management unit for cleaning services and there was no tender awarded to Maids on Wheels.