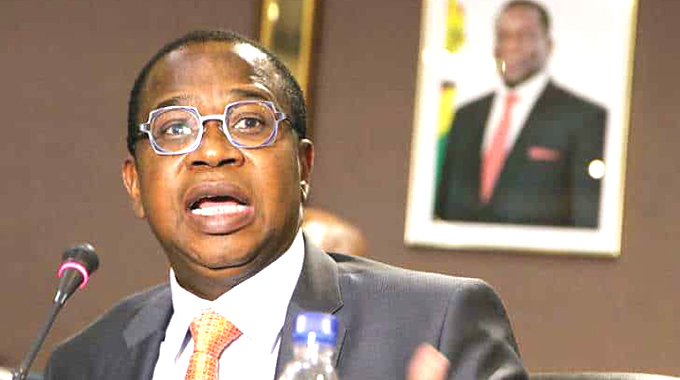 Fungi Kwaramba  recently in BUHERA
FUNDS will be availed to relevant bodies such as the Zimbabwe National Water Authority (ZINWA) to ensure that the country achieves food and water security and stop importing grains, President Mnangagwa has said.

After touring Marovanyati Dam in Buhera District on Wednesday, the President said the Government was determined to ensure that the country puts 350 000 hectares under irrigation countrywide for grains so as to climate-proof agriculture and ensure maximum yields.

To enhance food security, the Second Republic under the leadership of President Mnangagwa has taken pragmatic steps to improve agricultural production and productivity, through innovative farming concepts such as the Pfumvudza/Intwasa programme which will benefit at least 2 million households, the mechanisation and modernisation of farming as well as the provision of agricultural inputs under the Presidential Inputs Scheme.

Both the Pfumvudza and Farm Mechanisation schemes are meant to climate-proof the country’s critical agricultural sector and fall under the Agriculture Recovery Plan which seeks to transform the sector into an US$8.2 billion industry by 2025.

In the past years, due to successive droughts, natural disasters such as Cyclone Idai and the illegal economic sanctions, the country has been forced to import food.

However, the Second Republic has put in place a raft of measures that include the construction of dams such as Marovanyati so as to put an end to food importation.

“We are determined to ensure that the country gets to put 350 hectares of land under irrigation. Once we do that, we know they will be no more importation of grain into Zimbabwe and the US$800 million that the Minister of Finance has been paying these years (towards food importation) will be used internally, just think of it. If we had such a number of hectares under grain, the US$800 million we have so far used for grain, you divide that by eight rural provinces we should be giving each province US$100 million,” he said.

In Buhera alone, Marovanyati Dam will provide water to an irrigation facility that will water 1 250 hectares of land for grain and will produce between 12 000 and 14 000 tonnes annually, enough for the district.

Such concepts, that have seen every province having a dam being constructed will thus ensure that there will be enough water for irrigation and cut the importation of food, the Minister of Finance and Economic Development Professor Mthuli Ncube said.

“People are wondering where the money is coming from, it is the taxpayer’s money, including the 2 percent tax on citizens. Thank you very much, the results are there for everyone to see. We are still importing food, this has to stop, we have enough water in the country for irrigation, what is critical is food security and no more imports.

“Your Excellency, I promise that going forward we will capacitate ZINWA for them to continue doing more. They should now finish up Silverstream Dam, Chivhu Dam and Gwayi-Shangani Dam and they must open up other dams such as Tuli-Manyange Dam, Vungu Dam in the Midlands and other dams that are very critical for water security in the country.

“We are also securing water rigs, we have said we want to acquire one drilling rig per province. We want water security, we want food security and we will achieve it and say goodbye to food imports.”

Later this month the President is expected to commission Causeway Dam near Marondera as the Second Republic continues to walk the talk so as to ensure that no one is left behind in terms of development as well as end perennial water woes besetting both rural and urban areas.